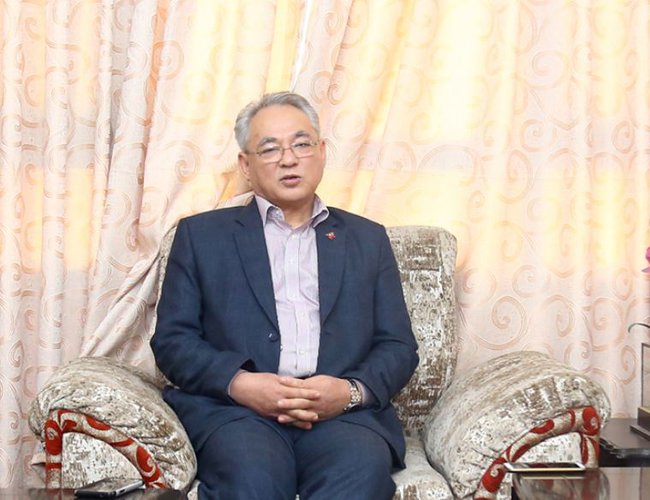 Minister for Home Affairs Ram Bahadur Thapa said that some Indian nationals have entered Nepal for work and some Nepali Muslim have returned home after attending a religious program in a mosque of New Delhi.

“It is reported that coronavirus infected Muslims had entered India from outside and its spread was likely from the mosque program. This issue has become a big issue in India and National Army has been mobilized there,” said Minister Thapa, adding the Armed Police Force has taken responsibility of security with an objective of making border security more strict keeping it in mind and 11,000 forces have been deputed so far.

In his interview to Ramesh Lamsal and Narayan Dhungana of Rastriya Samchar Samiti (RSS), minister Thapa said, “the security situation is normal. But some sporadic cases challenging law and order situation have been reported. We have mobilized the security personnel round the clock to curb these. We are cautious as such incidents.

Nepal and India had both implemented a nation-wide lockdown against the disease. '' We have information that those Nepalis put in quarantine in Dharchula by the Indian Government have been given basic facilities, but again there might be problems for them as they are in a large number.''

As he said, boarder seal is also necessary to control the virus from further spreading. Around 500 Indians are in quarantine towards Nepali territory there, However, we are committed to resolving the problem through mutual coordination.

He said that the situation of security is normal thanks to the effective mobilization of the government security agencies during the time of crisis.

Karnali Highway Closed Due To Landslides By Agencies 14 hours, 38 minutes ago