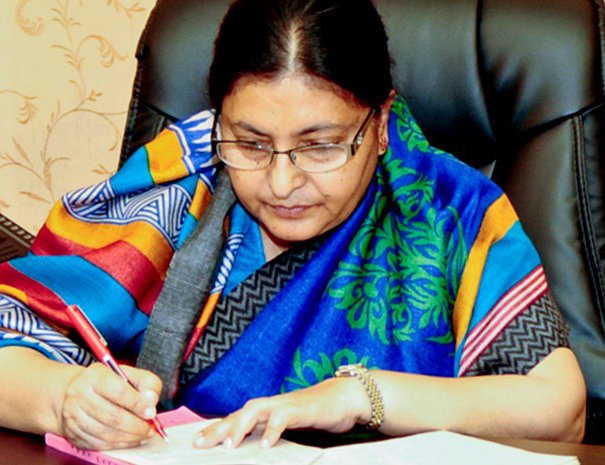 President Bidya Devi Bhandari Issued Two Ordinances On Monday, on recommendation of the council of ministers.

The ordinances were issued in line with Article 114 of the Constitution. The Council of Ministers had sent the ordinances to the president earlier today for authenication.

Nepal Is Committed To End All Kinds Of Discrimination: Foreign Minister Gyawali By Agencies 1 day, 20 hours ago