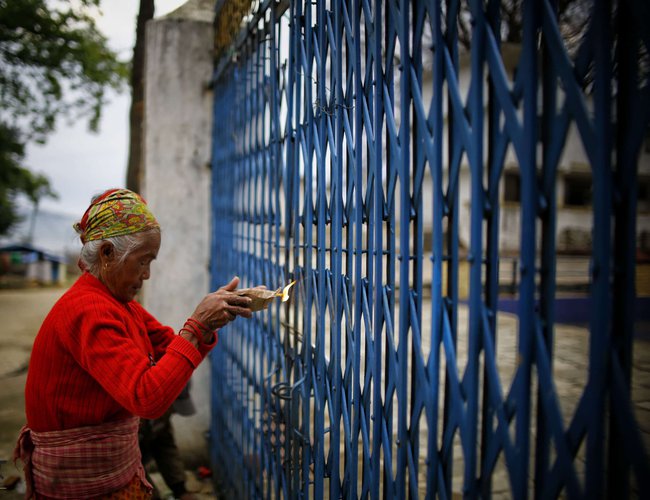 As Nepal continues under lockdown, a major festival in Matatirtha has suspended. Annually, men used to take a holy bath to offer prayers at a pond on Mother's Day, or Mata Tirtha Aunsi, at Matatirtha in Kathmandu.

Today is the day for Nepalese to observe to show respect to their mothers and to pay homage to the departed mothers. According to Nepali calendar 2077 – this year the day Aama ko Mukh hernay din 2020 coincides in 11th Baisakh, 2077 B.S. (23rd April 2020 AD). People present their mothers with utmost respect and love in the form of her favorite food, clothing and various other gifts. This tradition is simply to recognize and respect a mother’s love and sacrifice.

Since the day is an auspicious day, people give tribute to their mothers at home, offering them with delicacies, finery, clothing and gifts. Those whose mothers have deceased, go to the Mata Tirtha Pilgrimage (about 15 km to the eastern side of Kathmandu valley, beside Mata Tirtha Village Development Committee). Some, who can’t attend the Mata Tirtha Pilgrimage, visit Pashupati Temple to honor their departed mothers. They do Sida Daan (the deed of donating Sida, a holy mixture of rice grain and pure food materials along with clothes).

Due to lockdown, there is no such ceremony this year.

Mothers are the symbol of love, sacrifice, affection and strength so we do have a day to remember and honor our mother as Mata Tirtha Aunsi on the month of Baisakh.

This festival is also known as Nepali mother’s day celebrated to honor mother for her unconditional love and sacrifice. Amako mukh herne din is widely celebrated by Hindus all over the world. Generally, this festival falls in Baisakh – the first month of the Nepali calendar i.e. April of Gregorian calendar. 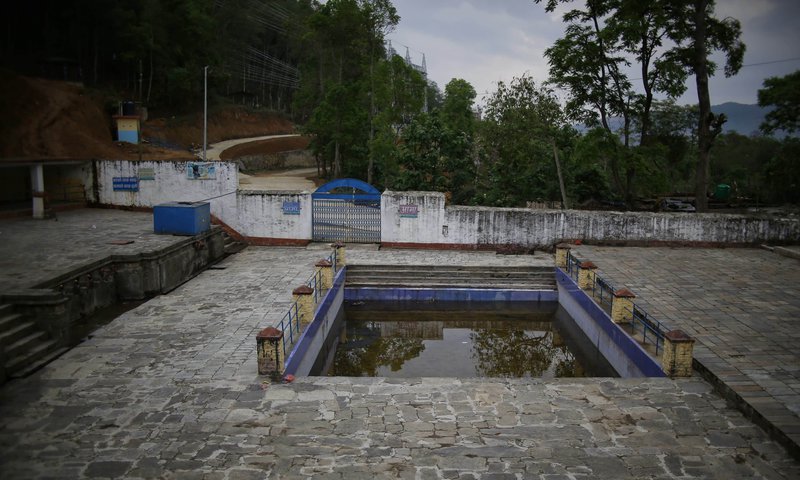 It is said that one who takes a holy bath in the Mata Tirtha River on Baisakh Krishna Aunshi, does not need again to come in mother’s womb for the next life. One shall get salvation from human life, and achieve moksha.

Legends behind Mothers day in Nepal

From that day on, this day was known as Mata Tirtha Aunsi, the Nepali Mother’s Day. People believe that coming to this place and worshiping on this day brings peace to the departed soul of their mother.

According to the legend, a boy took his cattle to the nearby pond. But whenever he started eating his food, some portion would fall in the river. It is said that when he happened to glance at the pond to find what was going on, he saw his dead mother. As any loving child would, the boy asked his late mother to come with him. Since the mother was already dead, she told that she couldn’t go with him. Instead, she said that she would pay him a visit every year on Baisakh Krishna Aunshi. Since then people started visiting the pond to see their mothers.

Also, it is said that once a lady visited the pond to see her departed mother but she couldn’t and in vexation, she jumped in the pond. Thereafter, it is believed that because of her suicide, dead people stopped visiting the pond. However, people still visit the pond, with a hope that they can find a reflection of their mothers in the pond.