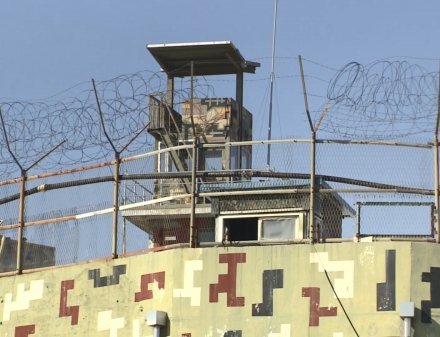 Gunfire broke out between North and South Korea early Sunday, when the North fired multiple gunshots toward a South Korean guard post in Cheorwon, inside the demilitarized zone, and South Korea shot back twice, South Korea’s Joint Chiefs of Staff said in a statement.

“There were no injuries or facility damage and we’re on the communication lines to assess the situation and to prevent further incidents. We’re on readiness,” the military said, adding it had asked Pyongyang for an explanation about the attack but received no response.

According to The Korea Herald, North Korea did not seem to have opened fire intentionally, because the weather was too foggy to aim at a target and the landscape from where the North fired shots offered no better tactical advantage than the Southern guard post, according to the military.

No unusual military activity was seen before and after the gunfire, it added, but some experts disagreed with the military’s conclusion.

“First Pyongyang explains the gunfire. Then we come to evaluate whether it was intentional. Without Pyongyang’s response in the first place, how would we know?” said Shin Jong-woo, a senior researcher at the Korea Defense and Security Forum.

Shin was cautious to draw any conclusion yet, but agreed that the communist regime had almost half a day and immediately available resources, such as loudspeakers installed along the border, to make itself clear of suspicions that the provocation was pre-arranged.

Sunday’s attack marked the first time Pyongyang had raised military tensions since the two Koreas signed a pact to end hostilities in the DMZ, during their third inter-Korean summit in September 2018.

In a clear move to controvert health rumors over the past weeks that he had died or fell into vegetative state after botched heart surgery, the 36-year-old leader was seen smiling and talking to aides at the event, but the authenticity of pictures the KCNA released could not be verified.

Kim’s reappearance reaffirmed that his younger sister Kim Yo-jong, who sat next to him despite lower seniority, held more powers than what was afforded as deputy director of Pyongyang’s propaganda affairs.

Over 10 Reportedly Killed In Myanmar Protests By NEW SPOTLIGHT ONLINE 5 days, 2 hours ago