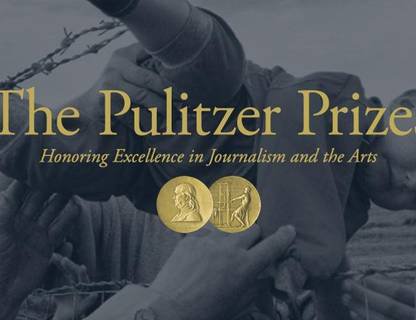 The 2020 Pulitzer Prize winners were announced on May 4 in 15 Journalism categories and seven Book, Drama and Music categories. The Pulitzer Prizes in journalism were first awarded in 1917 and are considered the field’s most prestigious honor in the U.S.

There were a couple firsts in this year's announcement of the winners of the Pulitzer Prize. First off, it was done remotely due to the ongoing coronavirus pandemic.

"It goes without saying that today, we announce the Pulitzer winners in deeply trying times," said Dana Canedy, the administrator of the prizes, from her living room. "Despite relentless assaults on objective truth, coordinated efforts to undermine our nation's free press, and persistent economic headwinds, journalists continue to pursue and deliver essential facts and truths to keep us safe and protect our democracy."

The other new twist was the inaugural award for audio reporting, which went to the staff of the public radio show and podcast, This American Life, along with Los Angeles Times reporter Molly O'Toole and Vice News freelance reporter Emily Green. The winning episode, "The Out Crowd," covered the impact on individuls of President Trump's "Remain in Mexico" policies.

The board also awarded a special citation to Ida B. Wells — the journalist and suffragist who spent the 1890s documenting lynching in the United States.

Stay on top of the latest stories and developments, sent when news breaks.

Public Service: The Anchorage Daily News, in collaboration with ProPublica

Breaking News Reporting: The staff of the Louisville Courrier-Journal

International Reporting: The staff of the New York Times

History: Sweet Taste of Liberty: A True Story of Slavery and Restitution in America, by W. Caleb McDaniel

Biography: Sontag: Her Life and Work, by Benjamin Moser

Poetry: The Tradition, by Jericho Brown

General Nonfiction: The Undying: Pain, Vulnerability, Mortality, Medicine, Art, Time, Dreams, Data, Exhaustion, Cancer, and Care, by Anne Boyer and The End of the Myth: From the Frontier to the Border Wall in the Mind of America, by Greg Grandin

Karnali Highway Closed Due To Landslides By Agencies 15 hours, 35 minutes ago

SC Issues Interim Order To Halt Export Of Aggregate To India By Agencies 1 day, 15 hours ago