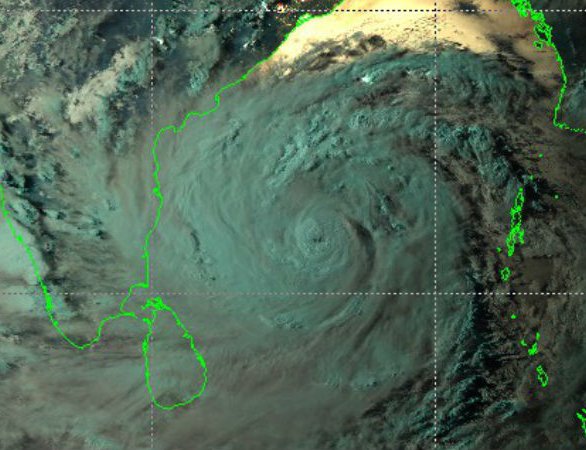 The cyclone is likely to make landfall on 20th May, in the bordering area of West Bengal and Bangladesh. Cyclone Amphan has rapidly intensified into a Very Severe Cyclonic Storm (VSCS).

The storm is now centered around 11.6N and 86E, about 950 km south of Paradip and1250 km SSW of Kolkata. It will be moving nearly north for some time and then recurve to move northeast. Likely to intensify further to Extremely Severe Cyclonic Storm (ESCS) in the next 24hr. The cyclone is likely to make landfall on 20th May, in the bordering area of West Bengal and Bangladesh.

Cyclone Amphan has strengthened to a Severe Cyclonic Storm centered around 11.2N and 86E, about 1250km SSW (south-southwest) of Kolkata. The storm is packed with winds of 110 kmph and gusting to 140 kmph. It is likely to develop further to Very Severe Cyclonic Storm by the evening and with ongoing intensification to reach CAT-III hurricane strength over the next 48hr. It is very likely to feature an 'eye', a show of strength of the cyclone, in another 24 hours. 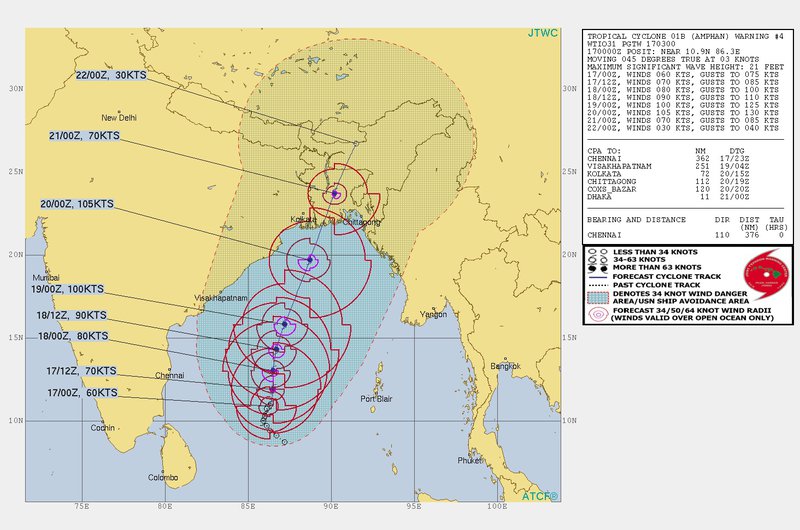 Cyclone Amphan is having typical signs of cloud configuration with intense feeder bands, dense overcast circular cloud, and strong poleward outflow. The environment is strongly supporting further development. The storm is now moving northward and will shortly steer NNE (north-northeast) and upgrade to ESCS (extremely severe cyclonic storm) by May 19th morning, while over the central Bay of Bengal. Cyclone Amphan will retain this strength for over 24 hours and move up to the north Bay of Bengal.

Extremely rough sea conditions are expected for the next 04 days with wave height more than 20feet. High-velocity winds and extremely heavy downpour with catastrophic damaging potential is expected from 18th-20th May. Landfall amid Covid-19 and 'lockdown' is going to add another dimension to the level of preparation, including for evacuation. 'Red Alert' is sounded for 03 days (18-20 May) to go into the absolute secure mode and utmost precautions. 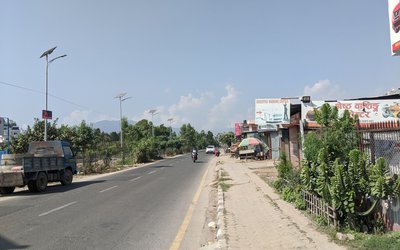 Light Rain Is Likely To Occur AT A Few Of Province 1,2,Bagmati And Gandaki Province By NEW SPOTLIGHT ONLINE 3 days, 13 hours ago

TANAHUN HYDRO PROJECT: Work Despite Holidays By A Correspondent Nov 30, 2020