Lockdown Does Not Bar Entry Of People In Kathmandu Valley

Lockdown Does Not Bar Entry Of People In Kathmandu Valley 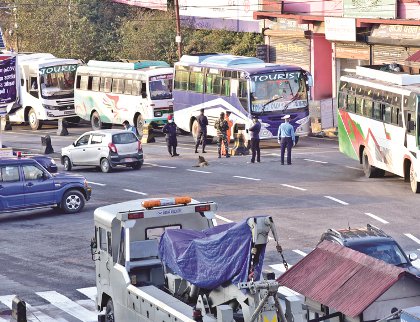 Despite several measures to implement the lockdown and regulate border points of Kathmandu, 137,469 people entered the Kathmandu Valley in the 57-day lockdown enforced from March 24.

The Rising Nepal reports that 137,468 people came to the Kathmandu Valley by 57,198 vehicles from five major entry points to the Valley till Tuesday morning. Within the same period, 943 people came to capital on foot, according to a record of Nepal Police Headquarters, Naxal.

According to the daily, on an average 2,411 people entered the valley on a daily basis quoting the report of Nepal Police.

In the last 24 hours, police recorded entry of 2,481 people from these five points by 1,337 vehicles while three persons came on foot. Similarly, 2,532 people left the valley riding 1,375 vehicles. Eight people left on foot.

Meanwhile, security personnel deputed in five major entry points -- Naghdhunga, Jagati, Muddkhu, Pharping and Sankhu -- have adopted further stricter measures to implement the lockdown and regulate human movement across the borders after the government scrapped all vehicle passes effective from May 17.

The government had invalidated previously issued yellow-colored vehicle passes and had started issuing blue ones after May 17 to the needy organizations, industries, banks and financial institutions and the development project offices.

Deputy Inspector General (DIG) and spokesperson at the Nepal Police Headquarters Niraj Bahadur Shahi said the police administration across the country had been implementing the lockdown effectively based on every new decision taken by the government.

In the last three days, only 2,146 vehicles entered the valley from Naghdhunga. Majority of the vehicles were goods carrying vehicles, said Shrestha.

“We have even been keeping lawmakers on hold until they produce their legal vehicle pass issued by the Ministry of Home Affairs to enter the Valley,” he said.