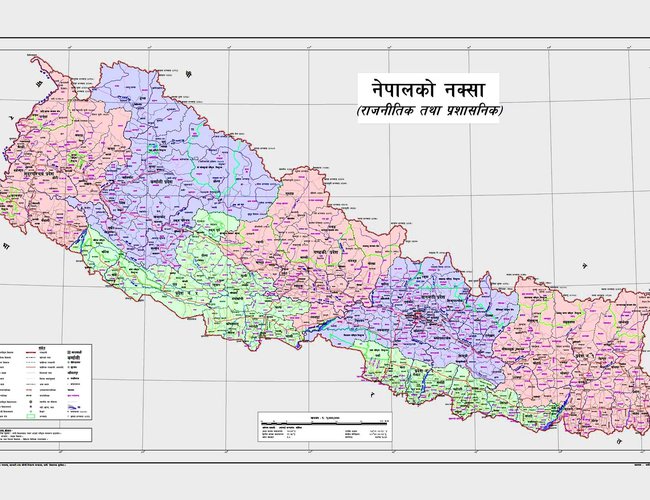 Nepal Government made public the updated political and administrative map of the country by incorporating Kalapani, Lipulek and Limpiyadhura in it on Wednesday.

Despite clear rights of possession from the historical evidence, these parts of the country were erroneously left in the existing map of the country for years.

She said that the government had updated its political and administrative map on the basis of the historical Sugauli Treaty signed between Nepal and the then East India Company on March 4, 1816. 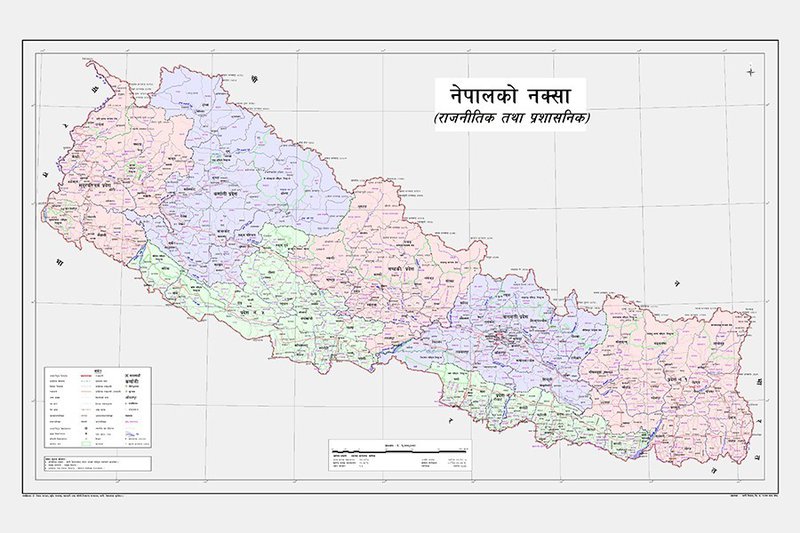 She said that the map was issued as per the feelings of patriotic Nepali people to keep the country’s sovereignty and territory intact.

Stating that the country had passed through various ups and downs in last two-and-a-half centuries in the nation-building process, Minister Aryal said the present government led by KP Sharma Oli was determined to keep the heads of the countrymen high by respecting the historical contribution of their forefathers in protecting the country’s territory.2

Minister Aryal said that all the testimonies of the government, as well as textbooks, would include the updated map of the country. She urged all agencies and firms to use the updated version of the map in their work and office.

Minister Aryal said that the government was expecting a positive response from the government of India to the issuance of the new updated map of the country.

She said that the government was ready to resolve any border issues through diplomatic channels and negotiations.

The updated map of the country includes all seven states, 77 districts, 753 local levels, and international border of the country. However, the ministry officials said they were working to measure the total area of Nepal as per the new map.

COVID-19: Number Of Children Living In Household Poverty To Soar By Up To 86 Million By End Of Year By NEW SPOTLIGHT ONLINE 19 hours, 32 minutes ago

Twelve Nepali Migrant Returnees Killed and 20 Injured In a Bus Accident In Banke By NEW SPOTLIGHT ONLINE 1 day, 5 hours ago

Nepal Extends Lockdown Until June 14 And Suspended All Flights Till June 30 By NEW SPOTLIGHT ONLINE 2 days, 16 hours ago