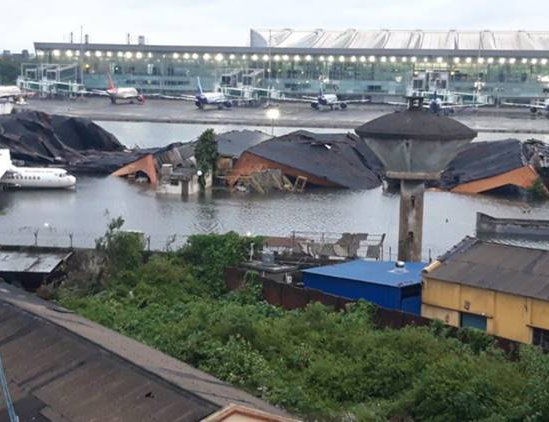 Prime Minister Narendra Modi will on Friday travel to Odisha and West Bengal to hold an aerial survey of the devastation caused by Cyclone Amphan which claimed 72 lives on Wednesday. Modi is expected to arrive at the Kolkata airport at 10 am and will also hold review meetings to take stock of the situation.

Earlier on Thursday, West Bengal Chief Minister Mamata Banerjee had urged the Prime Minister to visit the cyclone-affected areas. “It is a huge loss and I would request the Central government and all others to extend help and cooperate with us. Our Union Home Minister called me on phone this afternoon. We spoke about the devastation and he assured all help. I would also request the Prime Minister to visit and carry out a surveillance of Sunderbans and adjoining areas,” she said after a meeting at the state secretariat.

Of the 72, 15 deaths were reported from Kolkata. Announcing the setting up of a Rs 1,000-crore fund for relief and rehabilitation following Amphan, the chief minister also announced a compensation of Rs 2.5 lakh to the families of each of those who died.

The cyclone, which weakened into a depression on Friday, was further reduced to a well-marked low pressure area over North Bangladesh and the neighbouring area. “It is very likely to continue to move north-northeastwards and weaken further into a low pressure area during next 12 hours,” the Indian Meterological Department (IMD) had said on Friday evening. The cyclone hit Bengal and Odisha at a time when it is already struggling to fight the transmission of the novel coronavirus.

A day after cyclone Amphan wreaked havoc over the city, Kolkata woke up to scenes of destruction on Thursday as over 5,000 trees, hundreds of lamposts and several traffic signals were uprooted. Due to heavy rainfall brought by the cyclone, several areas were inundated, with electricity cut off. According to Chief Minister Mamata Banerjee, 15 people have died in the city due to the cyclone.

At Netaji Subhas Chandra Bose International airport, a small private aircraft which was parked in a hangar has been damaged while two hangars were destroyed. A portion of the airport was also flooded in rainwater. Later, operations resumed at the airport.

“A small corner of the airport is waterlogged, where water level is receding very slowly as the outside area is flooded. Two unused dilapidated hangars have collapsed. The airport has become operational from noon. We will also be operating some cargo/evacuation/emergency flights in the evening. People engaged in maintenance work at the airport are working round the clock to repair damages to the compound wall, terminal roof, etc.,” a senior airport official told The Indian Express.

According to Kolkata Municipal Corporation (KMC), over 5,000 trees fell across the city and hundreds of lamposts were uprooted. Trees blocked toads in areas such as Maidan, Lake Gardens, Gariahat, Golf Green, Salt Lake, Southern Avenue, etc.

“Over 5,000 trees were uprooted and several houses have collapsed. The city has never witnessed a bigger disaster than this,” said Firhad Hakim, chairman of board of administrators at KMC.

Inside SSKM Hospital premises, trees were uprooted and a boundary wall collapsed. Till late in the evening, uprooted trees had not been cleared by civic officials, while several areas such as College Street, Behala, New Alipore and Sukia Street were submerged in water.

India Recorded 70421 New Coronavirus Infection, The Lowest Since The End Of March By Agencies 5 days, 19 hours ago