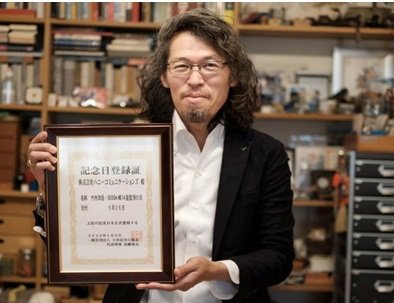 May 26 is now officially registered as “Hirotaka Takeuchi 14 of 8000m mountains summit day” in Japan by the Japan Anniversary Association.

This is the day for Hirotaka Takeuchi, a Japanese professional mountain climber, when he completed his mission to summit all 14 mountain peaksover 8000m in 2012.

On May 26, 2012, Hirotaka Takeuchi successfully summited Dhaulagiri that is over 8000m in Nepal. Takeuchi completed his mission to climb all 14 mountains in the world over 8000m, including 8 in Nepal.

He is the first Japanese mountain climber to accomplish this remarkable achievement. Japan Anniversary Association officially registered the 26th of May as “Hirotaka Takeuchi: 14 of 8000m mountains summit day.”

Hirotaka Takeuchi is the only Japanese mountain climber who successfully summited all 14 mountains in the world over 8000m. Started from Mt Makalu in 1995 and completed at Dhaulagiri in 2012, it took 17 years for him to accomplish this remarkable achievement and he becomesthe 29th climber, who succeeded summiting all 14 mountains. He fulfilled the awaited goal, which many Japanese mountain climberswere hoping for long time.In order to commemorate this success, this day is registered as an anniversary day.

“When I returned Kathmandu after summiting Dhaulagiri on May 26, 2012, many Nepali welcomed, blessed me from their heart and congratulated me on my safe return. That was the moment I felt relief and filled with joy for the first time after I accomplished my goal as the first Japanese mountain climber to summit all 14 of 8000m mountains. My last14th mountain was Dhaulagiri ,which is in Nepal. It means, challenging Dhaulagiri, a Nepali mountain,was my great happiness and I felt that it was almost like my destiny. I’ve been climbing mountains in Nepal for about 30 years now and I believe, I was raised by Nepal in many ways. I hope a friendly relationship between Nepal and Japan has made my mission to climb all 14 mountains possible. As a tribute to our friendship, we registered May 26 as an anniversary to cerebrate. I hope this anniversary will create enormous goodwill between Nepal and Japan and this friendship will continue for many years to come,” he said

The Embassy of Japan takes pleasure to share with you the attached information on the decision of the Japan Anniversary Association to officially register the 26th of May as "Hirotaka Takeuchi: 14 of 8000 meters mountains summit day" in Japan, for press use.

Takeuchi had had a Talk Program in Kathmandu on his experiences of summiting the world peaks of more than 8,000 meters, of which Nepal treasures eight last year.

Takeuchi was planning to challenge Sagarmatha this season as well, as tomorrow marks the golden jubilee of the first successful summit to the Everest by a Japanese mountaineering team. But he is compelled to give up his plan due to the COVID-19 world-wide pandemic.

Nepal Has Suspended All International Flights By May 31 By NEW SPOTLIGHT ONLINE 1 hour, 21 minutes ago

DAOs Extend Prohibitory Order In Kathmandu Valley Till May 26 By Agencies 7 hours, 27 minutes ago