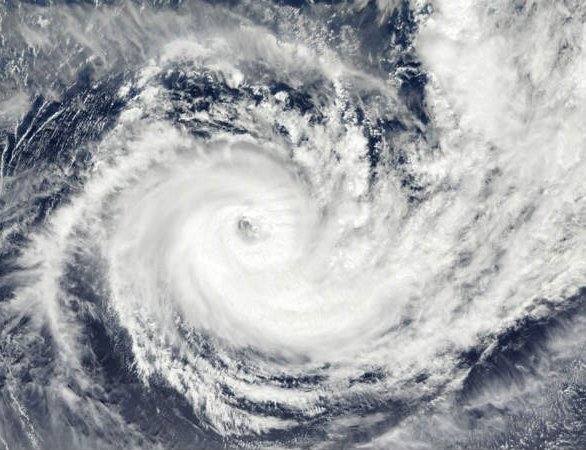 Less than two weeks after a powerful cyclone passed through West Bengal on its way to Bangladesh, India is bracing to face another cyclone, this time on its western coast. In strength and intensity, this would be much weaker than Cyclone Amphan that struck on May 20. In fact, it is not even a full-fledged cyclone right now, just a ‘depression’ that is likely to intensify into a ‘deep depression’ by Tuesday morning, and eventually into a cyclone, after which it would be called Nisarga.

With Cyclone ‘Nisarga’ expected to make landfall close to Alibag, just over 100 km south of Mumbai in Maharashtra’s Raigad district, on Wednesday afternoon, Prime Minister Narendra Modi on Tuesday took stock of the situation and spoke with chief ministers of Maharashtra and Gujarat, assuring them of all help from the Centre.

Mumbai, Thane, Palghar, Raigad, Dhule, Nandurbar and Nashik districts of Maharashtra are on red alert, with the Met department forecasting the “possibility of extremely heavy rain at isolated places”.

Thousands were evacuated in Maharashtra and Gujarat, two states that are hit the worst by the coronavirus pandemic.

The Gujarat government evacuated close to 35,000 people from coastal districts of Bharuch, Surat, Navsari and Valsad.

State relief commissioner Harshad Patel said.34,885 are “required to be evacuated. Of these, 16,597 have been shifted to 265 shelter homes by Tuesday late evening”. The whole exercise would be completed by late Tuesday night, he added.

The IMD has issued a storm surge warning in the sea off Mumbai, with consequential flooding on land. “Storm surge of 1-2 meters above astronomical tide is very likely to inundate low-lying areas of Mumbai during the time of landfall,” it stated.

The weather department has issued warnings that the wind may cause damage to kuccha houses, roads, power supply and communication lines, and trees.

In Mumbai, municipal commissioner I S Chahal said people living in low-lying areas, including along Mithi river, which runs through the metropolis, and those near landslide-prone areas are being shifted to shelter homes. All 24 assistant municipal commissioners have been asked to make arrangements of shelters in their wards for people living in low-lying areas, he said.

The strength of the cyclones are measured by the wind speeds they generate. At its strongest, Nisarga would be associated with wind speeds in the range 95-105 km per hour. Amphan, on the other hand, was classified as a super-cyclone, of category 5, though it had weakened to category 4, ‘Extremely Severe Cyclonic Storm’, ahead of its landfall, at which time the wind speeds were in excess of 180 kph.

Last year, however, was slightly unusual as the Arabian Sea saw the most frequent and intense cyclonic activity in more than 100 years, according to India Meteorological Department. Five cyclones originated in the area in 2019 — Vayu, Hikka, Kyarr, Maha and Pavan – when normally only one or two are formed.

Weather Forecasting And Analysis For May 14 Across Nepal By NEW SPOTLIGHT ONLINE 18 hours, 17 minutes ago

Weather Analysis And Update For May 13 Across Nepal By NEW SPOTLIGHT ONLINE 1 day, 18 hours ago

Generally To Mostly Cloudy In Province 1 And 2 By NEW SPOTLIGHT ONLINE 2 days, 18 hours ago

Weather Analysis And Forecast For April 10 Across Nepal By NEW SPOTLIGHT ONLINE 4 days, 18 hours ago

Weather Analysis And Forecast For May 9 Across Nepal By NEW SPOTLIGHT ONLINE 5 days, 18 hours ago