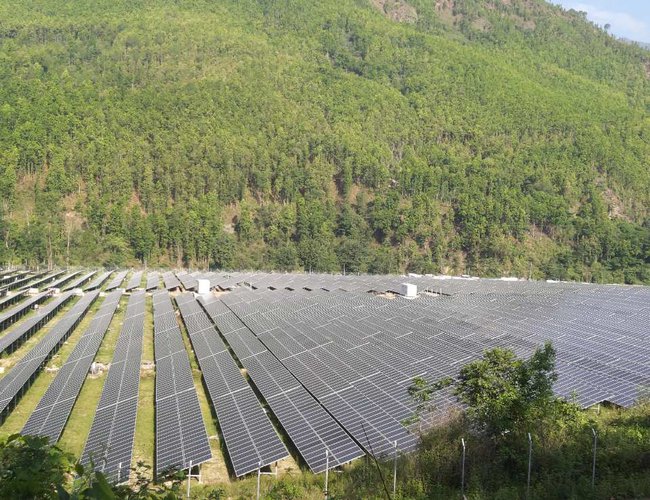 Making breakthrough one after another even continuing the construction works in various projects during the lockdown, Managing Director of Nepal Electricity Authority Kul Man Ghising has added another feather in his cap.

MD Ghising, who set a history ending two-decades-long severe load shedding in Nepal, has now made another record to generate solar energy to add in the national grid. This is another historic moment for Nepal’s Electricity Generation.

Connecting 1.5 MW electricity generated by solar power to the national grid today, NEA has entered into the new phase. This is the first unit of 25 MW solar power plant which is now under construction.

Although the project was supposed to complete on Baisakh 15, the lockdown has affected the construction work. After the production of electricity from solar, our system will diversify with mixing solar in hydro.

With the strong backing from technical and managerial teams of NEA, MD Ghising is able to completely install the first unit evacuating the electricity to the national grid. This is the first largest solar plant and first solar project to mix the in hydropower dominated energy.

Following the complete installation of the first unit of 25 MW solar plants in Devighat Hydropower, 1.5 MW solar electricity is added to the national grid. On the availability of sunlight, it will generate 80-90 percent of electricity.

The electricity, which is generated by the solar plant installed inside the land owned by Nepal Electricity Authority in Devighat Hydropower, has already evacuated through the substation in the side to the national grid. 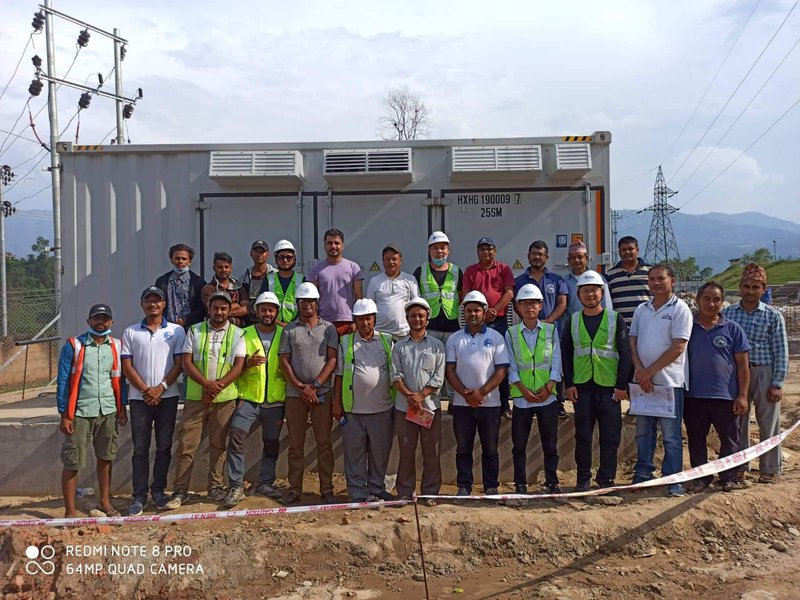 According to the policy, there will be 30-35 percent from pump storage, 25-30 percent from the run-off-the river and 30-35 other alternative sources with 5-10 ratios.

“New substation for 66-33 kV is under construction now. Now the electricity is evacuated with alternative arrangements through the existing 33 kV transmission line,” said Bikas Bahadur Raghubansi. He said that the necessary equipment for the substation is arriving.

Minister of Energy, Water Resources and Irrigation Barshaman Pun laid the foundation of the project in 2075 Baisakh with a target to complete within a year. However, the project was delayed due to design approval, cutting tees.

“It took more time to get permission to clear the tree under the ownership of the Nepal Electricity Authority. The contractor delayed the design and the consultant’s long review process further delayed the project construction period,” said Raghubansi.

Constructed through the World Bank’s Grid Solar and Energy Efficiency Project, Chinese Company Risen Energy was awarded a construction contract in 30.8 million US dollars. The contractor will operate, construct, and maintain the project for the coming five years.

The company will hand over the project in operational conditions in five years. The company has ensured to generate 33 million units of energy.

After the full operation, the project will help to ease the shortage of electricity in the national grid during the winter.

As the project is near to Kathmandu load center, it will help to improve the quality and reliability of electricity supply in Kathmandu Valley. After completion of the project, it will ease the burden of the Kulekhani Reservoir project, Kaligandaki A, middle-Marsyangdi, Marsyangdi and Chillime and help them to accumulate the water in the day time to generate electricity in the picking time. NEA holds the view that the project helps to maintain the supply and management of electricity during the picking. 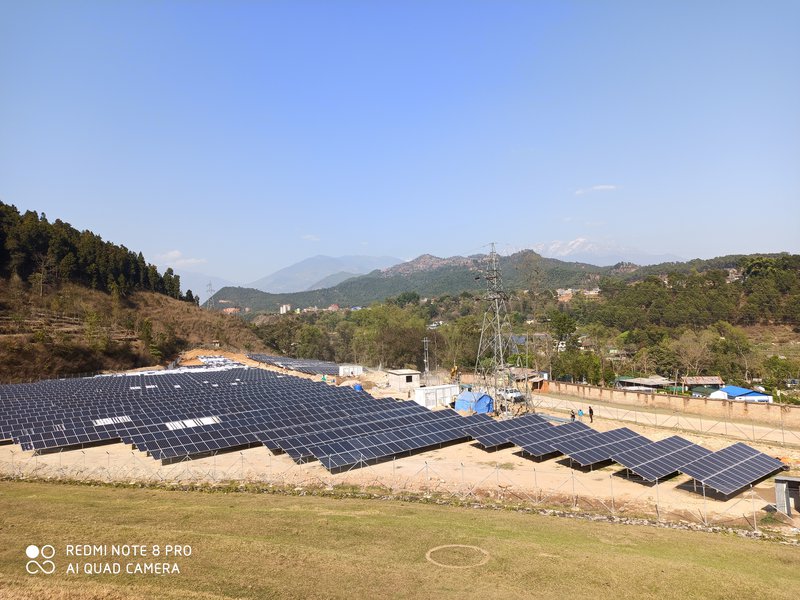