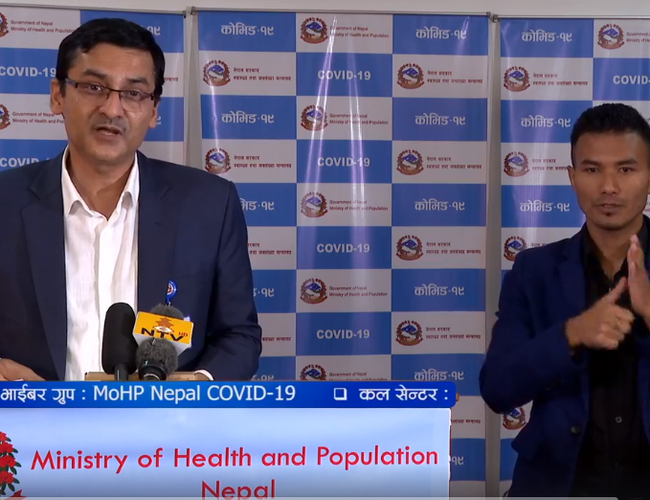 Dr. Bikas Devkota, the spokesperson of the Ministry of Health and Population (MoPH), said that Province 2 has the highest number of COVID-19 positive cases with 1077 followed by province 5 with 1065 in total 3,235 cases.

Posted by Ministry of Health and Population-Nepal on Saturday, June 6, 2020

Dr. Devkota said that Karnali Province has 567 followed by 170 in Province 1, 91 in Sudurpaschim Province, 70 in Gandaki Province and 55 in Bagmati Province.

He said that Nepal's COVID-19 death toll has reached 13 and the caseload has reached 2957, including 565 cases of recovery. 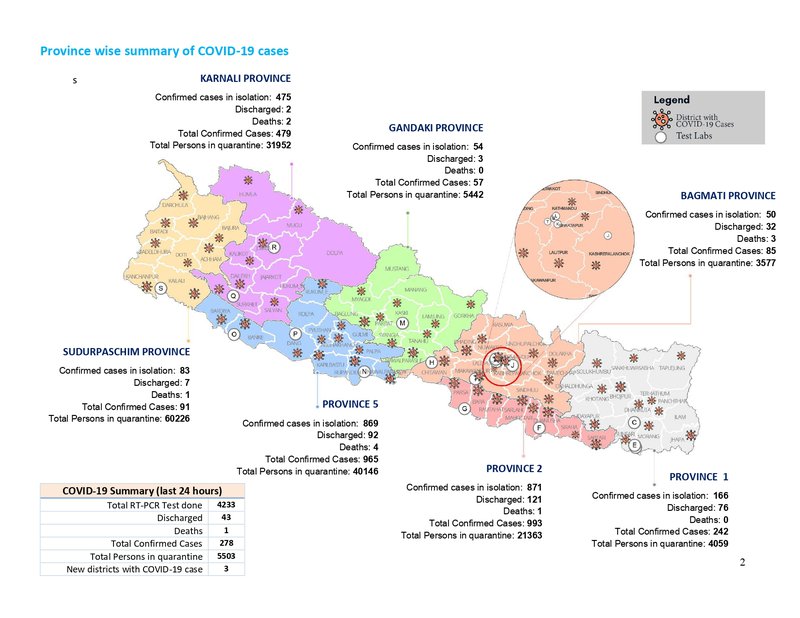 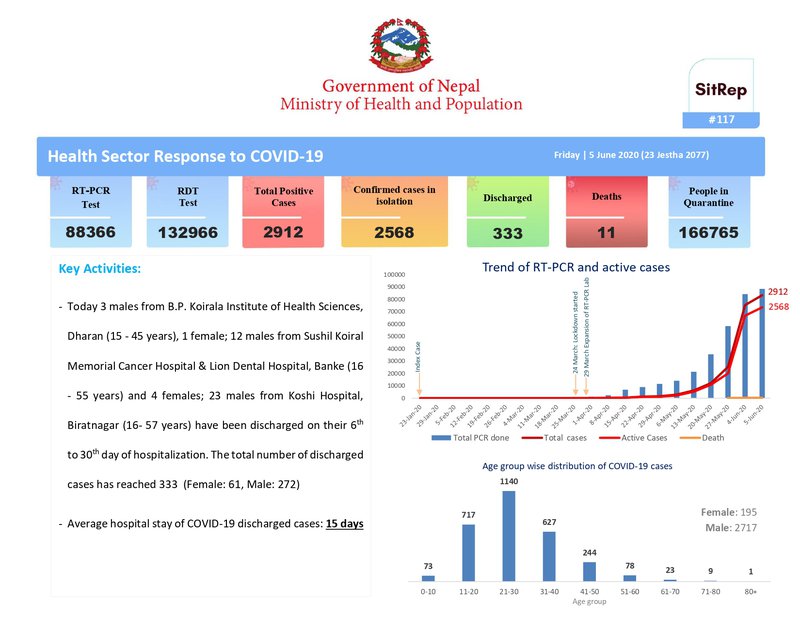 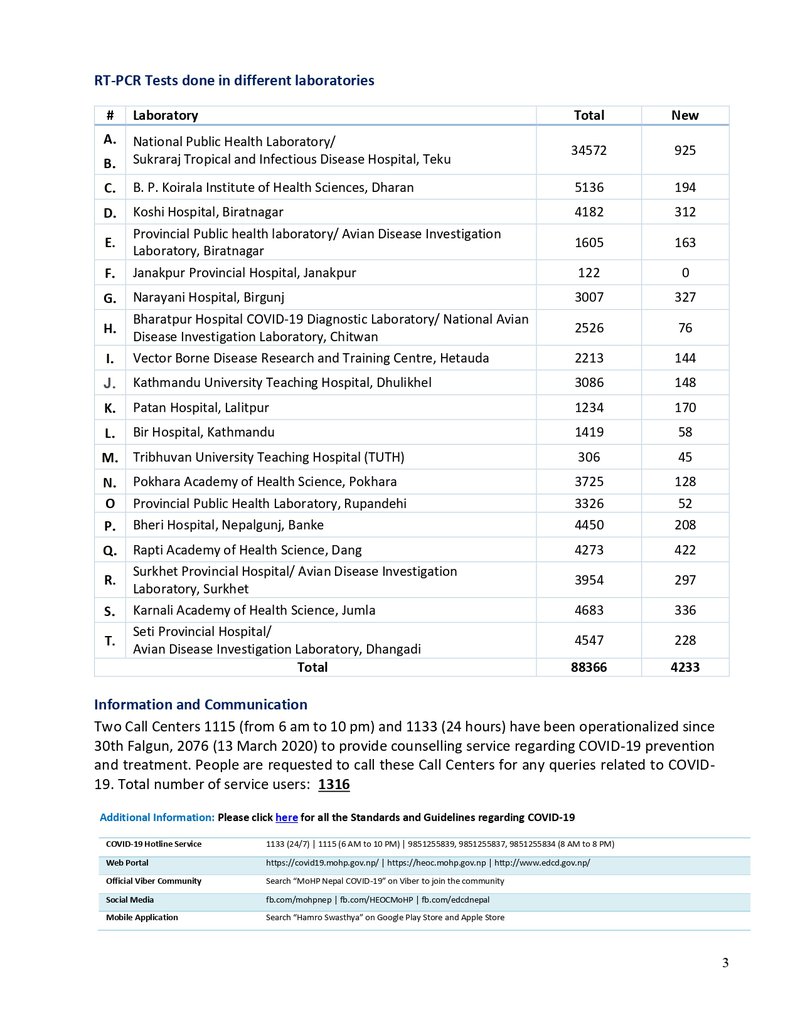 Weather Update And Analysis For March 3 Across Nepal By NEW SPOTLIGHT ONLINE 10 hours, 33 minutes ago