Today, the Division Bench of Supreme Court Justice Anil Kumar Sinha and Justice Manoj Sharma issued an Interim Order against the Government of Nepal, Ministry of Finance and Inland Revenue Department that the notice published for the submission of tax by Ashad 7, 2077 ( June 21, 2020) is found to be inappropriate and coercive and thus need to be extended by 30 days after the called off of the lockdown.

Two writ petitions were filed by Srijana Adhikari and Shailendra Upreti and Rajesh Kafle against Government of Nepal with the claim that the initial extension of Jestha 25, 2077 and subsequent extension until June 21, 2020, is not adequate based on the existing lockdown scenario due to COVID-19 escalation which led to the closure of industries and economic activities that has been halted for more than Two Months. Due to lockdown called by the Government of Nepal, almost all industries are closed and the Government via its notice published in Nepal Gazette dated March 22, 2020, declared that the lockdown period shall be treated as a holiday for the employee and thus Court noted for this reason that there is no economic transaction and no trade possibilities exist during the lockdown. In such a situation it is apparent that taxpayers are in difficulty to pay tax despite their commitments. Even if taxpayers attempt to pay either they need to defy lockdown rules or to ignore social distancing. Regarding additional extension until June 21, 2020, the Court also found this to be impractical for the same reason.

Upon hearing the writ petition yesterday, the Supreme Court came to the conclusion to issue interim order invalidating the notice of the Inland Revenue Department ( IRD) regarding the deadline of tax submission until June 21. Advocate Saroj K Ghimire, who represented on behalf of the petitioner at the Supreme Court stated that while considering the adequacy of time extension as demanded by the Petitioner, the Court took into consideration of the decision made by the historical  Special Full Court of 19 Justices first time ever sat in the judicial history of Nepal on  May 28, 2020, which interpreted the deadlock of the law of limitation created by the lockdown considering the lockdown period to be treated as Zero Period. Based on this historical decision, the Supreme Court stated that the pandemic of corona vires ( COVID-19) has created an unusual situation all over the world consequent to this the Government called for lockdown that led the taxpayers' inability to submit their tax returns, VAT and other applicable tax payments to the IRD. Advocate Ghimire further mentioned that the court considered that there is no specific law relating to lock down that could be referred for the extension apart from the precedent laid down by the historical bench of the Supreme Court. Thus based on the equitable analysis of the existing situation, worldwide scenario and practicality and taking into consideration of the precedent on the law of limitation developed on the base of lockdown, the court considered that taxpayers are not able to pay the tax in this situation of lockdown and will have the same situation of difficulty post lockdown. It is therefore taxpayers may need some easy time to reinstate their going concern of the business including employee arrangements and account settlements. 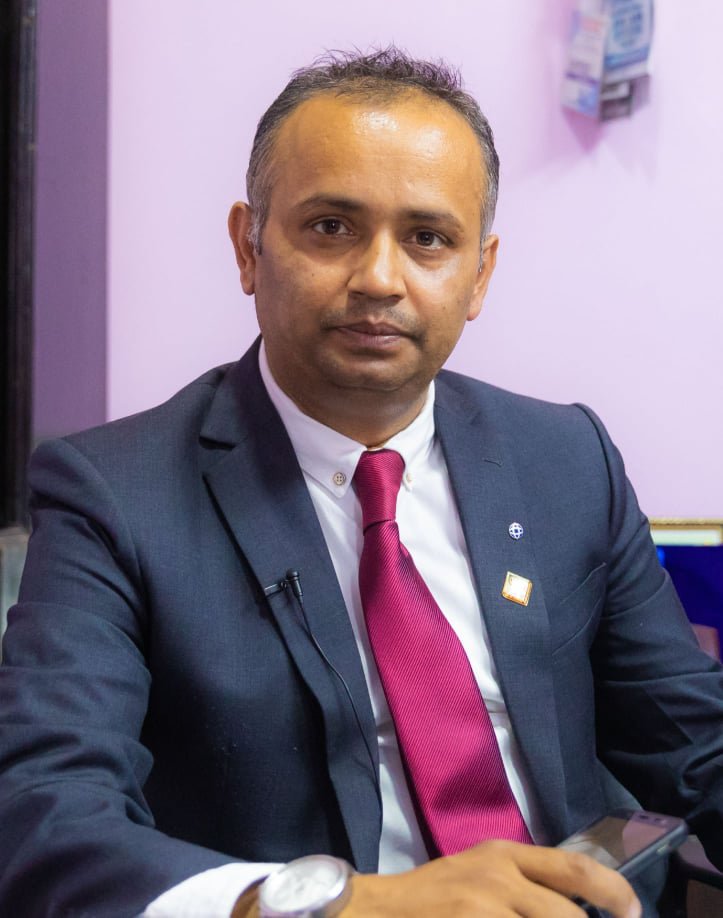 Advocate Ghimire further added that the Supreme Court upon understanding the gravity of the decision made by the historical bench relating to the interpretation of the limitation, the court was convinced to assess the possibility of additional extension. Hence, understanding the role of the state as guardian and taking into consideration the principle of taxation that no tax shall be levied without making law, the Supreme Court speculated that the timeline given by the Second notice of IRD appears to be unrealistic and impractical. The Supreme court further realizes that it shall be an obligation of the state to support the taxpayers when the taxpayers are expecting the support and privilege from the Government in such a scenario. With this statement in brief, the Supreme Court stated that the implementation of the tax return submission deadline given by the IRD shall stand invalid and need not be implemented until the lockdown is fully called off.

Regarding the extension of the deadline until June 21, 2020,  the Supreme Court issued an Interim Order against the Ministry of Finance stating that the deadline shall be extended for 30 days after the end of the lockdown and shall arrange a safe environment and social distancing at the tax offices accordingly. The Court further stated that in case lockdown is recalled upon assessing the COVID-19 impact, the opponent shall the review of the deadline shall be made based on the employment, industry and trade situation and shall be determined the deadline accordingly.  Advocate Ghimire opined that the Interim Order has come as a relief to the taxpayers due to the extension of the deadline which will enable taxpayers to prepare in advance and avoid any fines or penalties. Nevertheless, taxpayers need not wait until lockdown is over submission for the tax submissions. It is also expected that the industries which have been suffering financial difficulty due to lockdown got some relaxation by the extension of deadlines.

Advocate Ghimire also opines that the review of the Interim Order of the Supreme Court is not possible at this stage even though the Government intends to challenge the order. As per him, the order is interim and not final, hence until the final verdict is granted, the order stands valid and enforceable. Senior Advocate Sushil Kumar Pant and Prakas KC and  Advocate Megharaj Pokhrel and Ramesh Upreti also pleaded at the Supreme Court on behalf of the petitioner. 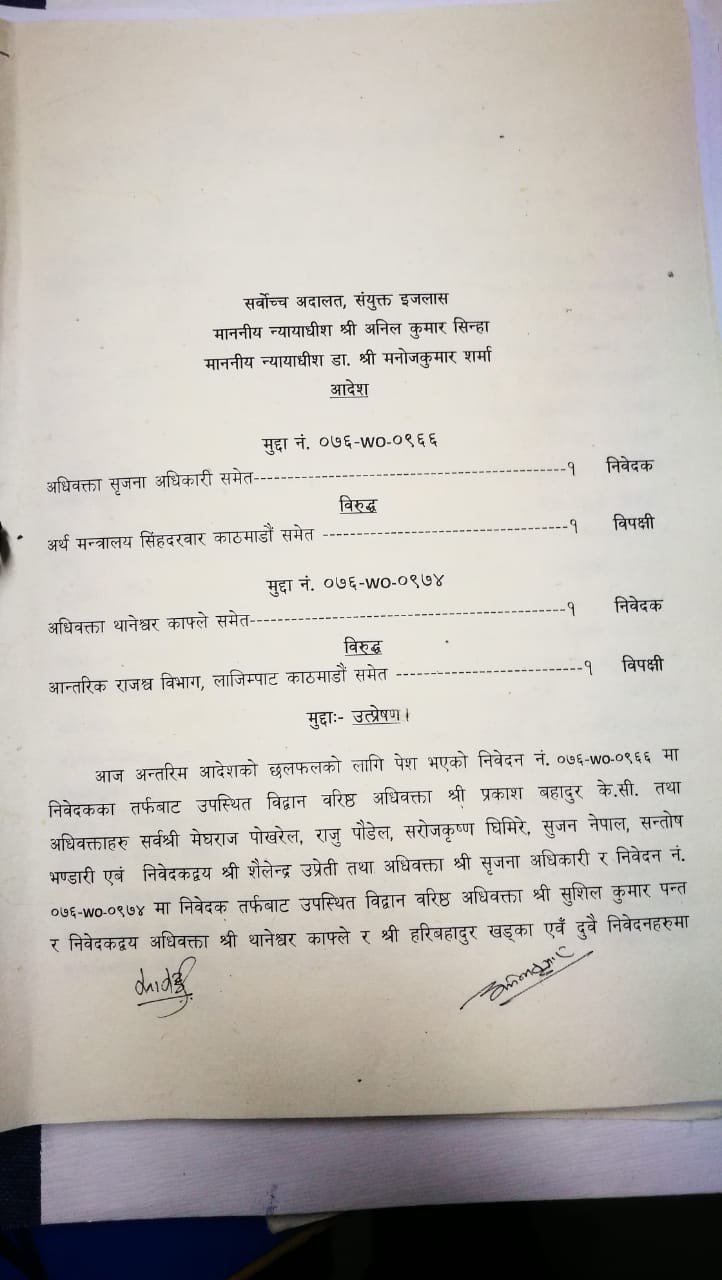 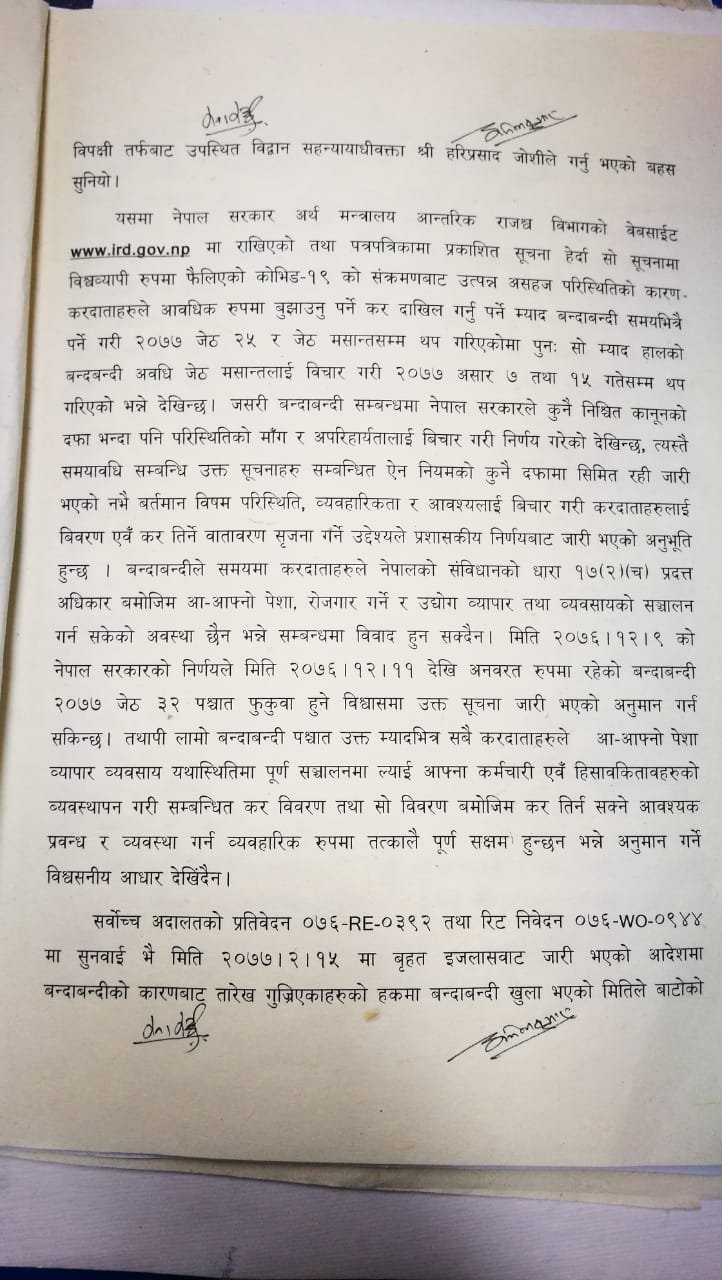 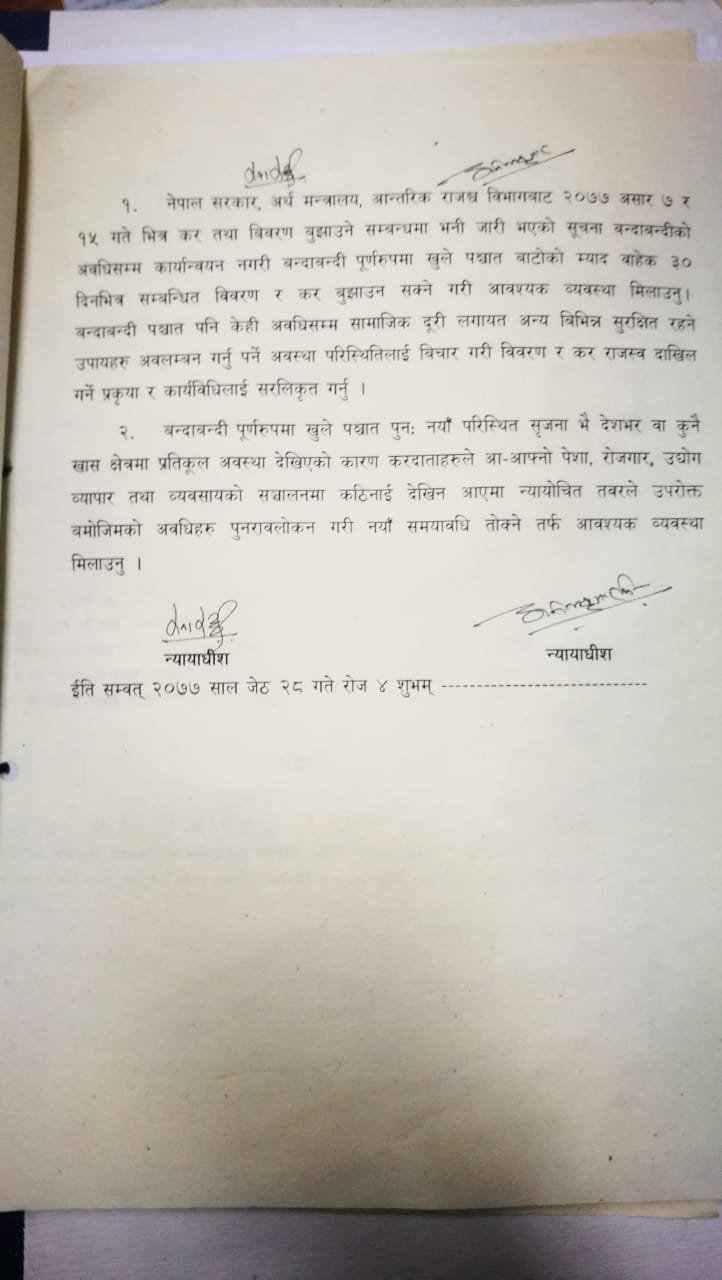 India Provides Grant For The Construction Of New School Building In Butwal By NEW SPOTLIGHT ONLINE 19 hours, 22 minutes ago

PM Oli Adopted A Rhino By Agencies 1 day, 8 hours ago

338 Households Displaced In Fungling Due To Fire By Agencies 1 day, 22 hours ago

Chanda Led Maoist And The Government To Hold Talks By NEW SPOTLIGHT ONLINE 2 days, 8 hours ago