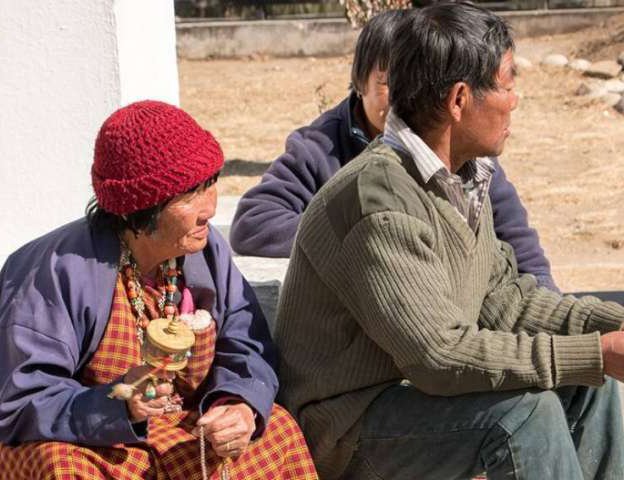 Over 66% of Bhutan's population may be harbouring Helicobacter pylori bacteria, which is responsible for ulcers of the gastro-intestinal tract that, left untreated, may lead to cancer, a new study suggests.

"Having observed such a high prevalence of the H. pylori pathogen, one could be surely unconvinced that Bhutan could be called a really happy country," Rui Paulo de Jesus, WHO representative in Bhutan, a Himalayan country of 770,000 people, tells SciDev.Net.

Bhutan pioneered the Gross National Happiness Index, which caught global imagination and guides the country's economic and social policy and factors in culture and psychological well-being alongside traditional indicators of development such as living standards, health and education.

Symptoms of H. pylori infection include pain in the abdomen that worsens when the stomach is empty, nausea, loss of appetite, frequent burping, bloating and weight loss. According to WHO reports, it causes peptic and duodenal ulcers, chronic gastritis and gastric cancer in all age groups.

The study results, published 29 May in the International Journal of Infectious Diseases, were based on data from examining 1,178 dyspeptic patients—664 of them female—collected between December 2010 and April 2015 in the six Bhutanese districts of Thimphu, Punakha, Wangdue, Trongsa, Bumthang, and Haa.

"Having analysed the nationally representative data, we discovered that 66.2% of the population is infected with the disease," Ratha-korn Vilaichone, professor of medicine at Thailand's Thammasat University Hospital, and an author of the study, tells SciDev.Net.

Punakha district displayed the highest prevalence of the pathogen (85.6%), followed by Wangdue (75.4%) followed by Bumthang (66.1%) and Thimphu (65.7%). Overall, urban areas had higher prevalence than the rural areas.

Vilaichone tells SciDev.Net that 81% of the indigenous strains of H. pylori were found resistant to metronidazole, the main antibiotic used to treat gastro-intestinal infections. However, the pathogen was far less resistant to other commonly used antibiotics such as levofloxacin, clarithromycin and tetracycline.