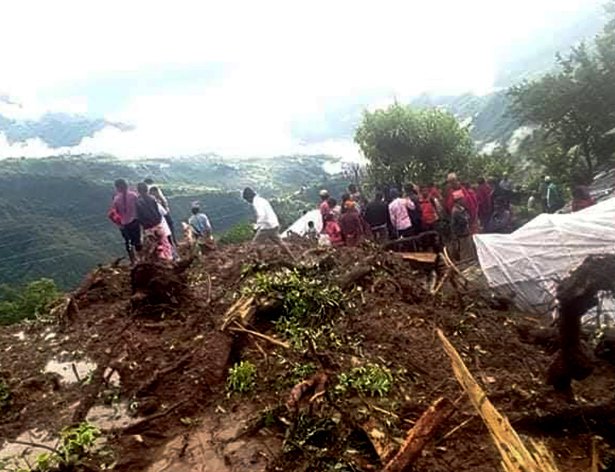 According to the daily, out of nine people buried in the landslide, three dead bodies were discovered on Saturday night and five bodies were found today.

Tej Prasad Padhya, Ward Chair of Kushma Municipality-3 said that the rescue and search operation of one missing was underway.

"The investigation was difficult during the night due to heavy rainfall. The Nepal Police, Nepali Army and the locals started the investigation from today morning," he said.