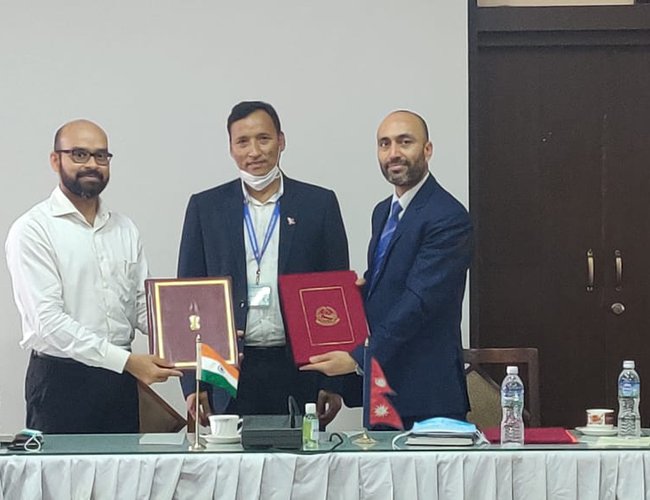 Ministry of Federal Affairs and General Administration, the Embassy of India and the Kathmandu Metropolitan City signed Memorandum of Understanding (MoU) for the construction of Sanitation facility within the Pashupati Area Temple Complex, a UNESCO World Heritage Site since 1979.

Under the project, India will extend the financial assistance of NRs 37.23 million for the construction of sanitation facilities for use by pilgrims and tourists to the Pashupatinath Temple.

The project will be funded under Nepal-Bharat Maitri: Development Partnership as a High Impact Community Development Project (HICDP or earlier SDPs) by the Government of India.

The project proposal was forwarded by the Pashupati Area Development Trust (PADT) to the Embassy in October 2019. The project will be implemented by Kathmandu Metropolitan City (KMC) in accordance with the norms laid out by the Government of Nepal (GoN). As per the understanding, KMC will identify a suitable contractor through a tender process for completing the construction work in 15 months from the award of work.

Pashupati Temple of Kathmandu is the largest temple complex in Nepal and stretches on both sides of the Bagmati River and sees thousands of worshippers every day. The sanitation project which was agreed to by both governments in August 2014 will complement the efforts of the Government of Nepal for the up-gradation of public utilities in the Pashupati Temple Complex.

India Provides Grant For The Construction Of New School Building In Butwal By NEW SPOTLIGHT ONLINE 11 hours, 33 minutes ago

PM Oli Adopted A Rhino By Agencies 1 day ago

338 Households Displaced In Fungling Due To Fire By Agencies 1 day, 14 hours ago