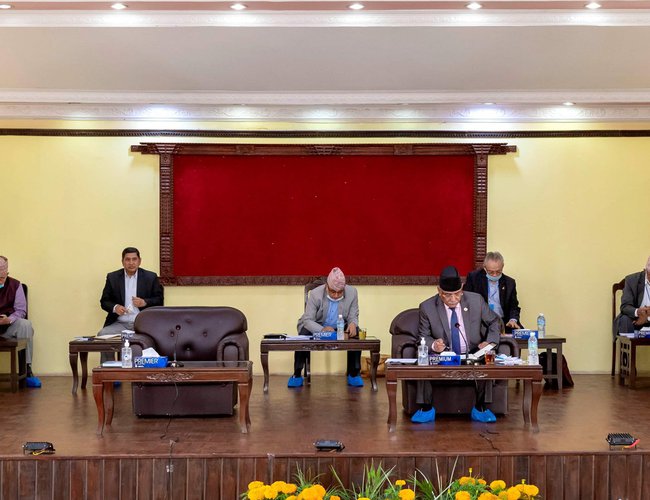 Foreign Minister Pradeep Kumar Gyawali, also a member of the Standing Committee, said that India had shown no positive response as yet to Nepal's diplomatic efforts so that India returns Nepali territory of Kalapani area which the southern neighbour has encroached,

Addressing the Standing Committee, minister Gyawali highlighted the efforts taken by Nepal to resolve the border issue through dialogue.

According to NCP spokesperson Narayan Kaji Shrestha who informed the media after today's meeting said minister Gyawali shared in the meeting that India had shown no positive response as yet to Nepal's diplomatic efforts so that India returns Nepali territory of Kalapani. 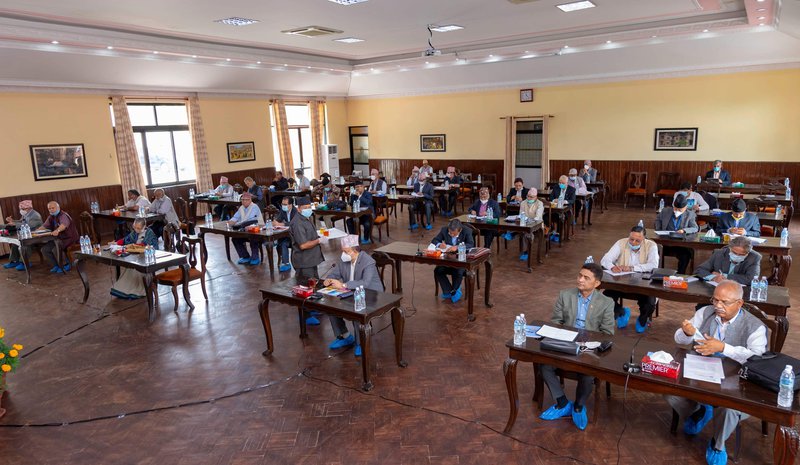 "India is even reluctant to receive the report of the EPG which was formed by both the countries and consisted of representative experts from both the neighbours," NCP spokesperson Shrestha quoted Minister Gyawali as saying.

He said that most standing committee members who spoke in the meeting lauded the national unity seen in the course of publication of updated map of the country that includes encroached area of Kalapani in the western part of Nepal and the constitutional recognition of the map.

The members underscored the need to have similar unity in issues related to getting back the other encroached land such as Susta.

Responding to the query as to why one of the party chairmen and Prime Minister KP Sharma Oli remained absent in the meeting, the NCP spokesperson said that the meeting was informed about this by party general secretary Bishnu Paudel who told the meeting that the PM wanted the meeting to continue although he was too busy to attend today's meeting.

SC Issued An Interim Order Against Citizenship Ordinance By Agencies 5 days, 11 hours ago