With The Increase Of People Entering Kathmandu, Risk For COVID-19 Spike Increase

With The Increase Of People Entering Kathmandu, Risk For COVID-19 Spike Increase 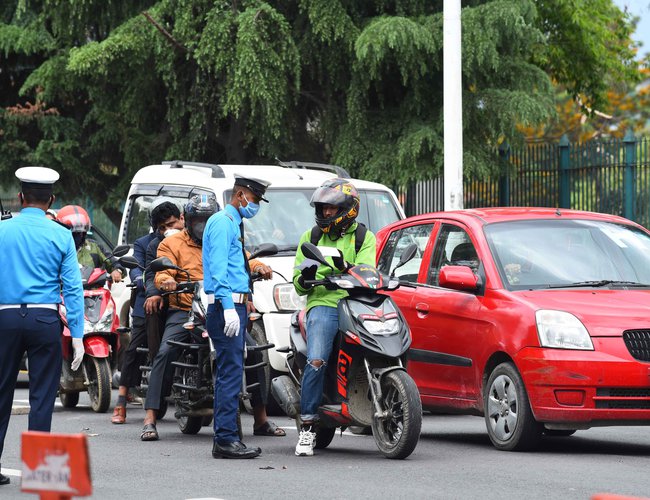 On average, daily over 2,000 people have been entering the valley after June 15 after the government decided to relax the modality of the nationwide lockdown and allowed the private vehicles to ply according to odd and even plate number system.

However, locals suspect the data to be not true, as they see many people who had gone outside the valley before or after the enforcement of lockdown on March 24. Interestingly, many of them arrive in Kathmandu in the midnight, probably evading the police.

Although the local levels have been given responsibility to keep the records of those who enter Kathmandu, they hardly know about those who enter the city in the midnight. Such free movement of people from outside the valley, mostly from the southern plain has increased the risk of COVID-19 spread in Kathmandu.

The inflow of the people and vehicles have increased after the government allowed to open offices (both private and the government) restaurants, shops, banks and financial institutions, said Deputy Superintendent of Police and in-charge of Thankot Metropolitan Police Circle, Ghanashyam Shrestha the daily quoted.

He said daily over 400-500 vehicles, both four wheelers and two wheelers, possessing (government vehicle passes issued only from the Kathmandu CDO office) were permitted to enter the valley.

"We have also been sending almost 100 vehicles back from Thankot everyday if they fail to produce the passes," DSP Shrestha said.

Just around 80-100 vehicles used to enter from Thankot before the government changed the modality of the nationwide lockdown effective June 15, according to the record of the two entry points.

Nepal Airlines To Transport All Vaccines Within This Week From China By Agencies 2 days, 23 hours ago