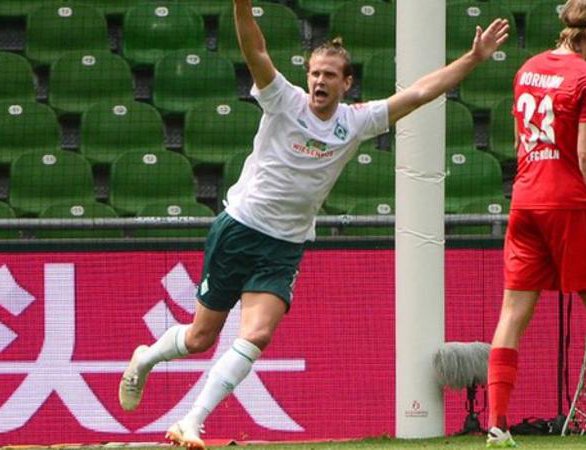 Bayern rounded off a successful league campaign with a routine, yet professional, win over Vfl Wolfsburg. The team had to say after lifting the trophy.

Bayern Munich wrapped up their Bundesliga title in style with a 4-0 win over Vfl Wolfsburg in the final round of the season. Although the Rekordmeister did not have anything to play for, they still put in a highly professional performance, one that reflected the mood and spirit of the team that has been omnipresent ever since Hansi Flick took charge last November.

When Niko Kovac was dismissed in the Hinrunde, not that many fans gave them a chance at title glory this season. However, Flick steadied the swaying ship, and turned what was a leaking fishing boat on rough seas into an aircraft carrier in cruise control, dropping points on only three occasions and guiding his team to the title with two games to spare.

All things considered, it was a difficult season for many, not the least for Thomas Muller. Once a name almost irreplaceable from Bayern’s starting eleven, Der Raumdeuter had his minutes truncated under Kovac, to the point that he was quite close to pushing a move away from Munich. Thankfully, Muller overcame his hardships, and ultimately made the season one of his personal best, with 21 assists and 8 goals in the league alone, not to mention extending his contract with the club.

“It wasn’t easy in autumn, both for the club and for me personally,” said Muller after the win at Wolfsburg. “So, aside from my first championship title, this one is maybe the most intense and most emotional one for me.”

As outstanding as he was this season, Muller did not forget to extend his gratitude to his team and the fans. “A big compliment to everyone involved, to all who made it possible for us to conclude the campaign,” he said. “But the biggest thank you goes to our fans out there, who continue to love football, despite everything!”

Muller’s main strike partner Robert Lewandowski joined in expressing his gratitude as well. The Poland captain broke record after record this season, finishing the league with a personal best of 34 goals. Naturally, he took home the coveted Torjaegerkannone for the third year in a row, and his fifth time overall.

“Of course I’m very satisfied with my 34 goals, I’m very grateful to my colleagues. I always try to do my best,” he said, piling the credit onto his teammates who helped him achieve that feat.

Needless to say, coach Hansi Flick was immensely pleased with the performance that his team had shown over the past few months. “I’m proud of my team’s achievements,” he declared. “The way we put our opponents under pressure, the energy we displayed in every match pleased me. It makes me proud.” Captain Manuel Neuer also shared his coach’s satisfaction, saying that “I don’t think we saw Bayern in the Hinrunde the way we did in the Ruckrunde. I think we’re all responsible for getting back up and for coming back this strong now.”

Finally, even the Allianz Arena thanked the fans by lighting up in red, with the word DANKE splashed across the stadium’s facade in white. A beautiful display from the best stadium in the world, to the best fans in the world!

Tokyo Olympics To Start In 10 Days By Agencies 1 week, 4 days ago