Uncertainty over universities’ Covid-19 response and crumbling US-China relations have international students on both sides of the Pacific searching for answers. Educational institutions and governments must work together to find solutions 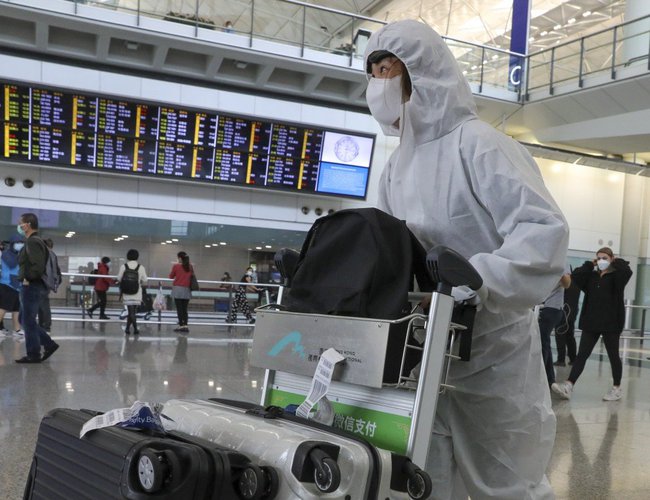 Yale College undergraduate David Guo returned to Beijing in April after the US university closed its campus. But as September approaches, Guo and other Chinese students are worried over whether they can attend the fall semester. While some US universities have decided to resume in-person classes, continue virtual classes or adopt a hybrid option, Yale and others have yet to choose.

With borders closed, flights curtailed and the Covid-19 pandemic still uncontrolled, the next semester remains an uncertainty. The delay has troubled many international students, who are concerned about travel and financial plans .

Universities should not be blamed for hesitating while the pandemic changes every day. And even if conditions are safe enough for US universities to welcome back students by fall, many Chinese students fear not being able to travel.

At the height of the outbreak in Wuhan in February, US President Donald Trump imposed a temporary entry ban on travellers from China, barring entry for foreigners who had visited the country within the past 14 days. While China, among others, has contained the virus better than the US, these restrictions remain in place.

To prevent imported cases, China shut its borders to foreign passport holders in March. It began enforcing the so-called “Five Ones” policy – limiting the number of international flights into China – to the chagrin of Chinese nationals stuck abroad and foreigners living in China.

In response, Washington threatened to block flights from China, as the aviation restrictions limited US airlines’ access to the routes. While Beijing eventually conceded on granting access, some travel limitations remain. The Chinese aviation authority intends to continue the rule until October.

“Objectively speaking, it will be difficult for me to go back to America,” Guo said. He must spend 14 days in a third country before entering the US to bypass border restrictions – a costly journey, if he can even get a ticket.

The pandemic is one of many factors worrying Chinese students at US institutions. The past few months saw an escalation of tensions between Washington and Beijing, over such issues as the coronavirus pandemic, the trial of Meng Wanzhou and Hong Kong’s national security law. Like many of his peers, Guo is anxious about potential clashes between the US and China.

“I’ve decided not to take a gap year because I’m not very optimistic about US-China relations at the moment,” said Guo, who studies computer science and mathematics. Sensing a resurgence of nationalist sentiment in both countries, he hopes to complete his degree as early as possible.

Last month, Trump issued an executive order to restrict student visas for Chinese graduate students with ties to Beijing’s “military-civil fusion strategy”. Republican Senators Tom Cotton and Marsha Blackburn introduced a bill to bar all Chinese STEM students from graduate and postgraduate programmes, while Senator Rick Scott proposed enhanced vetting of all Chinese students to ensure they are not involved in Covid-19 research.

The bills are unlikely to pass. Nevertheless, these developments have amplified the anxiety of Chinese students in the US.

A short-term solution will require strong advocacy by educational institutions and delicate consideration by governments.

There are more than 370,000 Chinese students in the US, and their presence has reshaped the business models of US universities as well as their talent pools. But as foreign policy hawks in both countries call for decoupling, these critical cultural and academic bonds between the US and China are at risk of shattering.

Meanwhile, China’s higher education system has provided few options for students who cannot study abroad this year. The examination-based entrance process makes it difficult for students to transfer from overseas. While a delegate at the National People’s Congress meeting last month suggested China let its affected students enrol in vocational schools, the proposal was highly unpopular.

Many international students in China face the same uncertainty. Now that many Chinese universities have reopened, foreign nationals will have a difficult time returning to campus because of border closures. Governments carefully relaxing border policies to admit returning long-term residents will be a start.

Tianyu M. Fang is a freelance writer based in Boston and Beijing. He writes about politics, technology and culture

England To Lift COVID Restrictions As Cases Rise By Agencies 6 days, 2 hours ago

US Warns China Over Maritime Threats By Agencies 1 week, 5 days ago