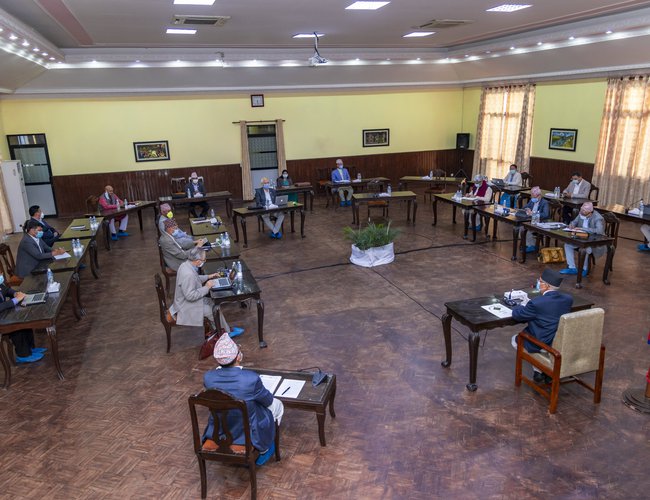 The government on Monday decided to give continuity to the ongoing modality of the lockdown until July 22.

Border points will also remain closed until further notice, she said. However, mobility of people within the country and from one district to another and from one State to another is allowed under the criteria specified by the Home Ministry.

The government had enforced the lockdown until June 14. But before that, the government had decided to open all government and private offices, banks and financial institutions, and other offices by relaxing the nature of complete lockdown.

The phase of 21 days of present relaxed lockdown had not ended yet. The first phase (21 days period) began from June 14 and there are still six days for it to end, she said.

The Cabinet meeting had not taken any new decision regarding opening of the international and domestic flights. Earlier this week, some private domestic flight operators had prepared themselves for operating the flights by implementing specific protocols for doing so.