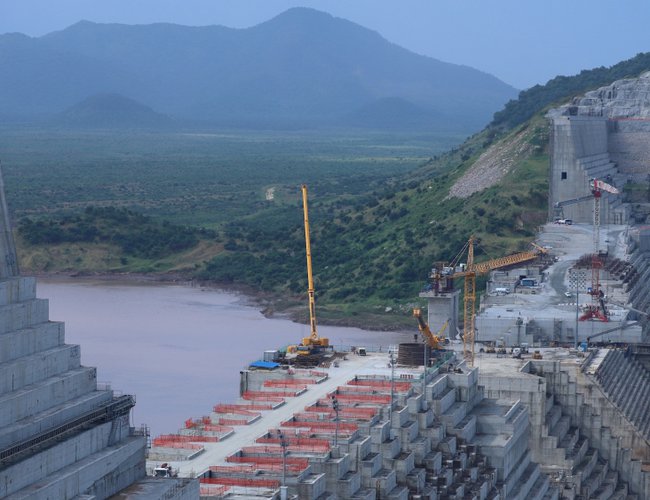 Ethiopia started filling Grand Renaissance, a giant hydroelectric dam it is building on the Blue Nile, its water minister said on Wednesday after talks with Sudan and Egypt over the structure became deadlocked.

Ethiopia says the colossal dam offers a critical opportunity to pull millions of its nearly 110 million citizens out of poverty. The project is the centrepiece of Ethiopia's bid to become Africa's biggest power exporter.

Egypt has asked Ethiopia for urgent clarification on the matter, its foreign ministry said. The Blue Nile is a tributary of the Nile from which Egypt gets 90 percent of its fresh water.

Cairo told the United Nations last month it faces an "existential threat" from the hydroelectric dam.

Hydro-economics: Egypt, Ethiopia and the Nile

Sudan's government, meanwhile, said water levels on the Blue Nile had declined by 90 million cubic metres per day after Ethiopia started filling the dam on its side of the border.

Sudan rejects unilateral actions taken by any party as negotiating efforts continue between the two countries and Egypt, its irrigation ministry said in a statement.

"It was evident from the flow metres in the Dimim border station with Ethiopia that there is a retreat in the water levels … confirming the closure of the gates of the Renaissance Dam," it said.

Relying on the Nile for more than 90 percent of its water supply and already facing high water stress, Egypt fears a devastating effect on its population of 100 million.

In June, Minister of Foreign Affairs Sameh Shoukry warned conflict could erupt if the UN fails to intervene, as the dam endangers the lives of 150 million Egyptians and Sudanese.

Awol Allo, from Keele University in the UK, said Egypt is demanding adherence to a 1959 water treaty, signed between Cairo and Khartoum, that gave Egypt the lion's share of the Nile's annual flow.

Ethiopia was not included in that colonial-era treaty.

"I think Ethiopia has been negotiating for a considerable amount of time in good faith to reach a settlement on this issue, but the Egyptians insist on the 1959 treaty as the starting point," Allo told Al Jazeera.

"There is strong public support for the Ethiopian government to get on with the dam. The majority of Ethiopians are on the same page - that is it is their sovereign right to fill and open the dam."

Cairo was anxious to secure a legally binding deal that would guarantee minimum flows and a mechanism for resolving disputes before the dam started operating.

Sudan stands to benefit from the project through access to cheap electricity and reduced flooding, but it has also raised fears over the dam's operation.

The dam is being built 15km (nine miles) from the border with Sudan on the Blue Nile, the source of most of the Nile's waters.

The latest round of negotiations between Egypt, Sudan and Ethiopia over the contentious dam ended with no agreement on Tuesday, according to Egyptian and Sudanese officials.

The failure sank modest hopes the three countries could resolve their differences and sign an agreement on the dam's operation before Ethiopia began to fill the $4.6bn Grand Ethiopian Renaissance Dam (GERD), set to be Africa's largest.

Ethiopia says more than 60 percent of the country is dry land with no sustaining water resources, while Egypt is endowed with groundwater and has access to seawater that could be desalinated.

Addis Ababa had previously pledged to start storing water in the dam's vast reservoir at the start of the wet season in July, when rains flood the Blue Nile.

Sudan has proposed a meeting between heads of the countries to resolve the dispute.

The latest round of talks among three key Nile River Basin countries failed to resolve a contentious dispute over construction of a giant $4.6bn hydroelectric dam in Ethiopia, Sudan's irrigation minister said Wednesday.

Ethiopia, Egypt and Sudan resumed negotiations on June 9 via video conference after months of deadlock. 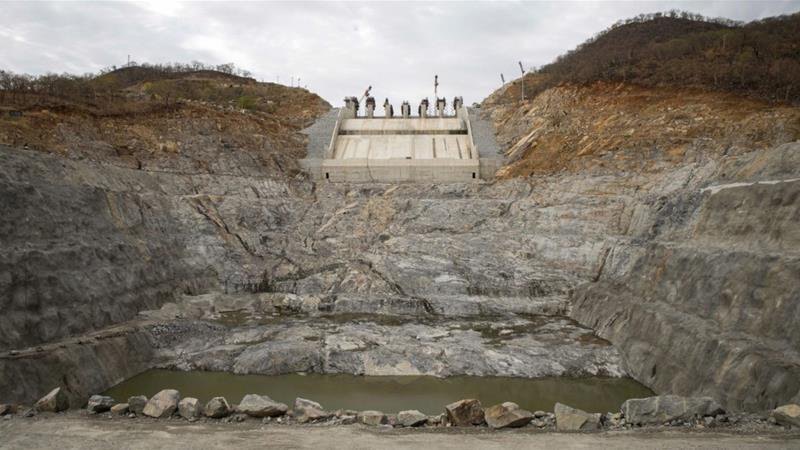 Officials from the US, EU and South Africa, the current chairman of the African Union, attended the talks as observers.

The years-long dispute over the Grand Ethiopian Renaissance Dam (GERD) on the Blue Nile pits Ethiopia's desire to become a major power exporter and pull millions out of poverty against Egypt's concern that the dam will curtail its critical share of the river if filled too quickly.

Ethiopia would like to fill the dam in seven years, while Egypt has proposed a slower pace of 12 to 21 years instead. Sudan has long been caught between the competing interests of Egypt and Ethiopia.

It stands to benefit from Ethiopia's dam, which will reduce flooding downstream and offer cheap electricity, but has raised fears over the operation and safety of the GERD and says it could endanger Sudan's own dams.

After the talks ended on Wednesday, Sudan's Minister of Irrigation Yasser Abbas told reporters in Khartoum that the three counties' irrigation leaders had agreed on "90 percent or 95 percent" of the technical issues but the dispute over "legal points" in the deal remains dissolved.

"A deal should be signed before the start of the filling [of the dam]," he said. "There is no solution but negotiations."

Ethiopia's water and irrigation ministry said that although technical issues had been resolved, a key legal issue had yet to be worked out.

The 6,600-kilometre-long (3,900-mile) Nile is a lifeline supplying water and powering electricity in the 10 countries it traverses.

Sudan has proposed elevating the GERD negotiations to the prime ministerial level to try to break the deadlock.

"The disputes between the three delegations are of a legal nature, especially in terms of a... mechanism for water-sharing. Sudan has proposed to refer these issues to the prime ministers of the three countries," Abbas told reporters on Wednesday.

No timeline has been set for when the prime ministers would meet as Addis Ababa continues to hold to the July deadline to start filling the GERD reservoir, much to the consternation of its partners.