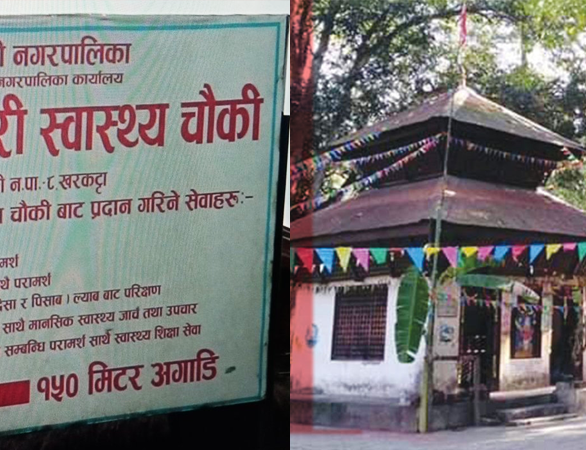 After Prime Minister KP Sharma Oli said that lord Ram could have been born in Ayodhyapuri of Nepal, the Department Of Archeoogy's Attention was drawn to investigate into the issue reports The Rising Nepal, daily.

The government daily writes, the Department of Archaeology is set to conduct an archeological study in Madi Ayodhyapuri of Chitwan district to trace out evidence with regard to the birthplace of Lord Ram.

The paper writes although it is said that Lord Ram was born in Thori, which is near Parsa and Chitwan, the locals have said that the presence of 900 years old architectural materials in Madi area might shed light on where lord Ram was born.

Pieces of old bricks, stones and mud will be shown to the study team, said local Shree Prasad Dawadi. A detailed investigation is vital to dig out the truth relating to Lord Ram’s origin, he said.

Thakur Prasad Dhakal, Mayor of Madi Municipality, informed that a team of the Department of Archaeology would start the investigation from Friday.

“The team has already reached Chitwan,” he said. “There are evidence which might prove that Lord Ram was born in Madi area.”

“The evidence received at Madi-1 regarding horse stable and playgrounds of Luv and Kush match with the religious texts relating to Lord Ram,” added Mayor Dhakal.

Mayor Dhakal discussed with Sanskrit scholars on Thursday. “The Sanksrit experts said that the Ayodhya present in India is also debatable. But this is not enough to prove that Lord Ram was born here in Nepal,” said Dhakal.

A committee under the chairmanship of former Village Development Committee Chairman, Naradmani Poudel, has been formed to provide information and evidence to the investigation team.

The Municipality also informed that people from various places had started visiting Ayodhyapuri in Madi Municipality-8.

News and photo by The Rising Nepal

Incredible Opportunity To Visit Patan Durbar Square In Nepal: US Under Secretary Nuland By NEW SPOTLIGHT ONLINE 2 hours, 48 minutes ago

US Wants To Make Its Collaboration And Strong Economic Relation With Nepal: US Under-Secretary Victoria Nuland By Agencies 9 hours, 14 minutes ago