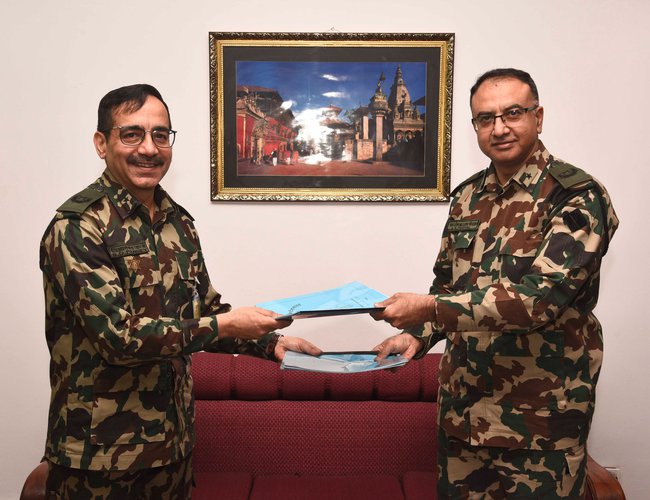 Brigadier General Bigyan Dev Pandey handed over the responsibility of Directorate of Public Relations and NA Spokes person to Brig General Santosh Ballav Poudel on today amid a function at Nepal Army Headquarter. General Pandey served as the Director of DPR and NA Spokesperson for 16 months.

In his farewell message, Gen Pandey thanked the media houses, publishers, editors and journalists for their well wishes and support during his tenure and anticipated that the new director would also get similar support from all concerned and the existing relationship between Nepalese Army and the media would further foster in the coming days.

Nepal To Resume Domestic And International Flights By Agencies 4 hours, 16 minutes ago