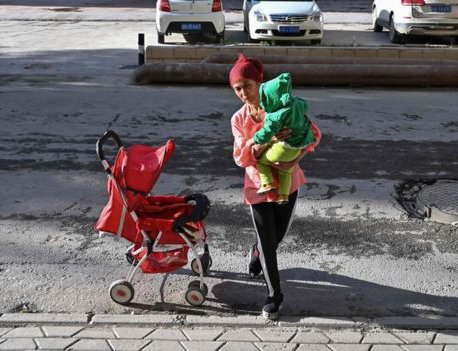 UK Foreign Secretary Dominic Raab has accused China of "gross and egregious" human rights abuses against its Uighur population and said sanctions against those responsible cannot be ruled out.

Reports of forced sterilisation and wider persecution of the Muslim group were "reminiscent of something not seen for a long time", he told the BBC.

The UK would work with its allies to take appropriate action, he insisted.China's UK ambassador said talk of concentration camps was "fake". Liu Xiaoming told the BBC's Andrew Marr that the Uighurs received the same treatment under the law as other ethnic groups in his country.

Shown drone footage that appears to show Uighurs being blindfolded and led to trains, and which has been authenticated by Australian security services, he said he "did not know" what the video was showing and "sometimes you have a transfer of prisoners, in any country".

"There is no such concentration camps in Xinjiang," he added. "There's a lot of fake accusations against China."

It is believed that up to a million Uighur people have been detained over the past few years in what the Chinese state defines as "re-education camps".

China previously denied the existence of the camps, before defending them as a necessary measure against terrorism, following separatist violence in the Xinjiang region.

The authorities have recently been accused of forcing women to be sterilised or fitted with contraceptive devices in an apparent attempt to limit the population, prompting calls for the UN to investigate.

Asked whether the treatment of the Uighurs met the legal definition of genocide, Mr Raab said the international community had to be "careful" before making such claims.

But he said: "Whatever the legal label, it is clear that gross, egregious human rights abuses are going on.

According to recent research by the Victims of Communism Memorial Foundation, the rate of population growth in the two largest Uighur prefectures in Xinjiang fell by more than 80% between 2013 and 2018.

China does not accept the findings and pressed on the figures, China's ambassador to the UK Liu Xiaoming said that the Uighur population in Xinjiang stood at four to five million 40 years ago and had now grown to 11 million.

''People say we have ethnic cleansing, but the population has doubled,'' he added.

Demographic research, which draws on Chinese official data and media reports, doesn't go back as far as 40 years.

But it suggests there was a rapid rise in the growth rate of the population in Xinjiang between 2005 and 2015, followed by a sharp fall over subsequent years.

"It is deeply, deeply troubling and the reports on the human aspect of this - from forced sterilisation to the education camps - are reminiscent of something we have not seen for a very long time.

"We want a positive relationship with China but we can't see behaviour like that and not call it out."

There are growing calls for the UK to impose sanctions, such as asset freezes and travel bans, on Chinese officials responsible for the persecution of the Uighurs.

A petition backing the move has amassed more than 100,000 signatures, meaning it will be considered for debate in Parliament.

The UK recently took action against senior generals in Myanmar who orchestrated the campaign of violence against the Rohingya and against North Korean bodies behind forced labour camps.

Mr Raab said this showed that the UK was prepared to take action unilaterally, as well as through bodies like the UN, but it was "not as simple as deciding you can willy nilly sanction X or Y".

"You have to, as we have done with the Rohingya and North Korea, build up an evidence base and that takes a long time to do because you have got to identify accurately and responsibly those involved," he said.

BBC News diplomatic correspondent James Landale said: "The risk for Britain is that it gets caught in the crossfire between Washington and Beijing.

"The price for defending human rights could be less trade with China - and that could prove costly in a post-Covid economic downturn."

Conservative MPs are also pressing for action against senior officials in the Hong Kong government following the imposition of a new security law which the UK says violates international agreements protecting freedoms.

The foreign secretary is due to update Parliament on Monday on the UK's response, amid speculation it will scrap the UK's existing extradition treaty with the former British colony.

Speaking on The Andrew Marr Show, the Chinese ambassador said if the UK - which has also offered residency rights to three million Hong Kongers eligible for British passports - targeted its officials, his country could retaliate.

"If the UK goes that far to impose sanctions on any individuals in China, China will certainly make a resolute response to it," he said.

He dismissed claims of "ethnic cleansing" of the Uighurs as baseless, saying they "enjoy peaceful, harmonious coexistence with other ethnic groups of people".

He said figures suggesting population growth in Uighur areas had fallen by 84% between 2015 and 2018 were "not correct", claiming the number of Uighurs in the whole of Xinjiang had "doubled" over the past four decades.

"There is no so-called pervasive, massive forced sterilisation among Uighur people in China," he added. "Government policy is strongly opposed to this kind of practice."

While he "cannot rule out single cases" of sterilisation, he insisted "we treat every ethnic group as equal".

Crisis Looms In Afghanistan One Month After Taliban Takeover By Agencies 2 days, 21 hours ago 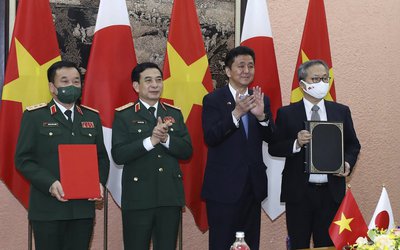 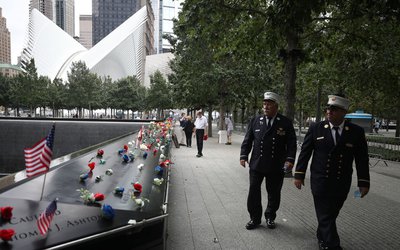