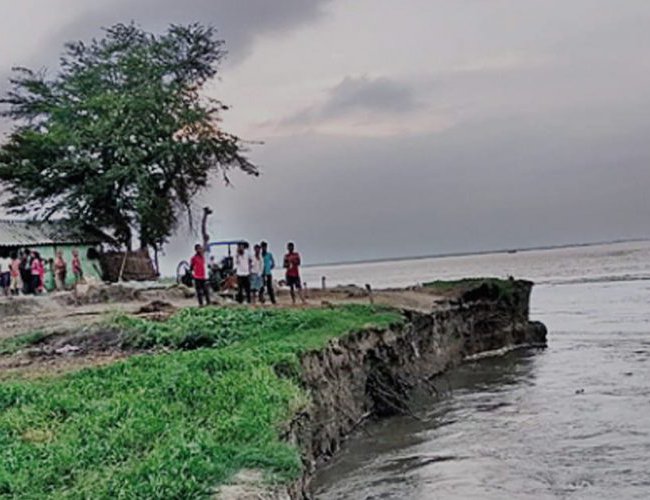 Department of Hydrology and Meteorology, Flood Forecasting Section of Hydrology Division has issued a flood alert till July 22 given the state of intense rainfall pattern across Nepal.

Due to unrelenting rains over hills and foothills of Chure, flood situation has deteriorated in many parts of southern Nepal. Central parts of terai is flooded due to the overflowing of Narayani river, Bagmati and Lalbakiya. Heavy rain has already caused inundation of many areas of Kathmandu Valley.

The worst affected districts are Chitwan, Bara, Parsa, Rautahat, Sarlahi, Dhanusa, Mahottarai and Sarlahi. Similarly, there are floods in Jhapa, Moran and Sunsari. In the western region,

Prolonged flooding leads to waterborne disease, scarcity of drinkable water, and food. There is significant damage to crops in the flood-affected districts.

At present, a monsoon trough is passing through Bihar. We expect moderate rains with few heavy spell to continue over Nepal until July 22nd. Thereafter, the intensity of rain may decrease but another heavy spell is anticipated around July 26 and 27. We do not expect much improvement from flood situation over Bihar till the end of the month.

Division predicted that the level of water has been increasing in Kosi, Narayani, Bagmati, Kamala and their tributaries. Given the present status of river, the division said that there is possibility of flash flood in the region.

Torrential rains from Sunday evening caused devastating floods and landslides across the country, killing seven persons, submerging a number of settlements in the Terai and the Kathmandu Valley, burying houses and damaging roads in the hills.

According to Home Ministry, seven persons were killed in separate incidents of natural disasters in various places of the country on Monday.

According to Joint Secretary and spokesperson at National Disaster Risk Reduction Management Authority (NDRRMA) Murari Wosti, of the total deaths on Monday, two each occurred in Darchula and Tanahun's landslides, and one each in Gorkha, Dhading and Kathmandu. Joint Secretary Wosti said that heavy rains caused by monsoon trough from Sunday evening blocked major highways in 16 places across the country. 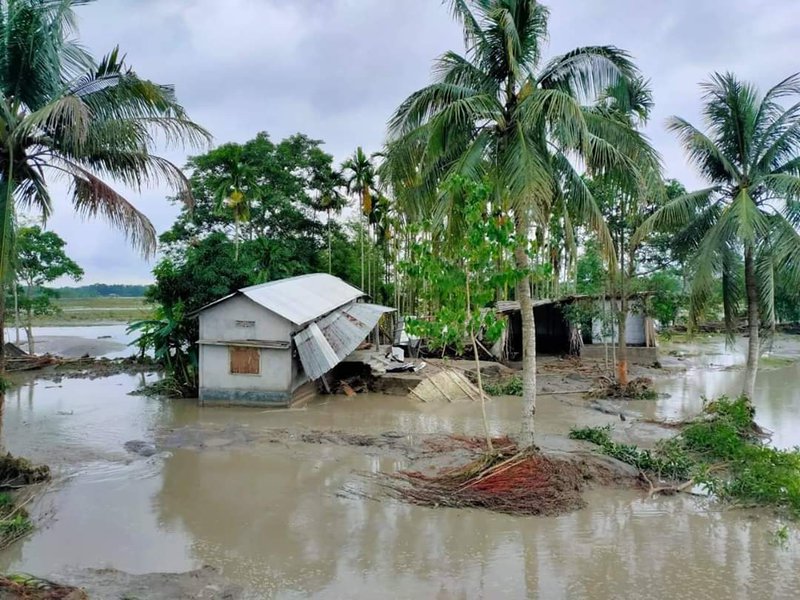 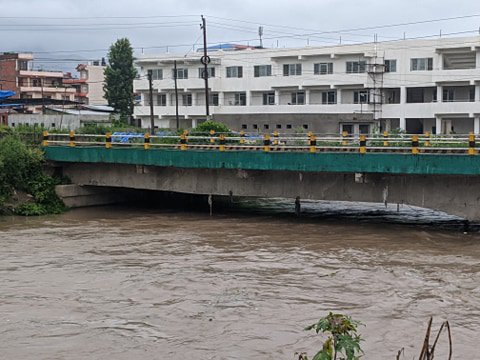 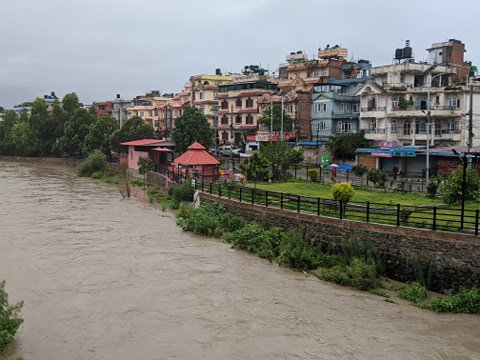