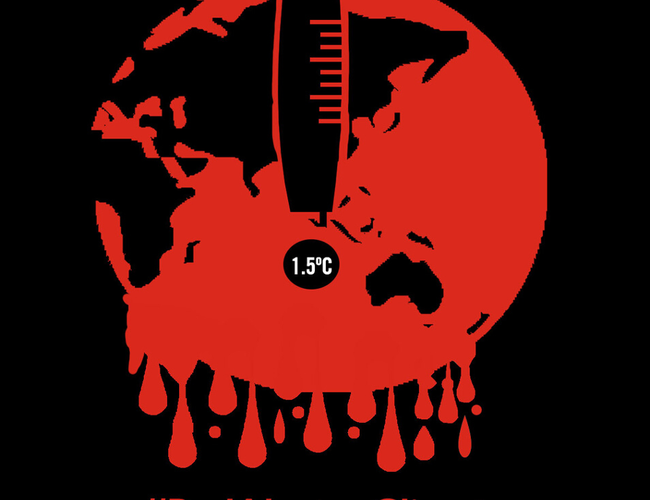 Record-breaking temperatures and COVID-19 are both warnings that humanity must reset its relationship with nature and address the climate crisis or face potentially deadlier pandemics and disasters, warned Save the Children, climate scientists, and youth activists on Tuesday.

Meanwhile, the pandemic has largely buried public concern and discussions in Asia-Pacific and worldwide about the climate emergency, according to a new analysis by Save the Children, even though global heating remains the number one threat to the region’s societies and their children, the aid agency said.

2020 is on course to be one of the top two warmest years in 141 years of temperature records. The National Oceanic and Atmospheric Administration in the United States reports that the first half of 2020 was the second warmest January-June period on record. This was partly driven by record heat in Siberia in northern Asia, where average temperatures in June were more than 5°C above normal.

“The world has a fever. We need to apply the cure fast,” said Bandana Risal, Interim Country Director of Save the Children – Nepal and Bhutan country office. “Otherwise, today’s children will inherit a planet on fire: a world in which pandemics are a constant threat and their lives are blighted by a climate crisis they did not create.”

Extreme weather disasters, like the floods now affecting millions of people in Bangladesh, China, India, and Nepal, as well as heat waves, cyclones, and droughts, are intensifying as a result of global heating. Sea level rise alone means that by 2050, many of Asia-Pacific’s coastal megacities and small island nations could suffer once-in-a-century extreme weather events every year, according to the Intergovernmental Panel on Climate Change (IPCC).

“Asia-Pacific is already the world’s most disaster-prone region. Unless we act fast, the climate crisis will make catastrophe a way of life for hundreds of millions of people in the region,” said Professor Benjamin Horton, Director of the Earth Observatory of Singapore and a member of the IPCC.

Save the Children’s analysis of social media finds the number of public conversations about climate, which steadily rose during 2019, declined sharply in 2020 when COVID-19 spread across Asia-Pacific and beyond, dominating media coverage and causing many climate-related conferences and demonstrations – such as the school strikes that thousands of children in the region and elsewhere staged in 2019 – to be canceled.

But governments should not assume the climate crisis was no longer a public concern, said Save the Children. Marking World Nature Conservation Day, the world’s biggest independent child-focused agency vowed to support calls by young people to reverse decades of damage to the environment.

“Young climate activists have warned us that humanity was abusing nature beyond its limits. Now we are paying the price for ignoring their warnings. But we want to say – ‘We hear you’. That is why Save the Children is supporting the ‘RED ALERT’ campaign by young people in more than 20 countries across Asia-Pacific to make sure their concerns are heard loud and clear,” said Risal.

“In Nepal, we are facing disastrous monsoon floods and landslides, making it one of the worst monsoon disasters that Nepal has ever witnessed. ‘Climate change’ is real, it is not fiction, and the time is now to take concrete actions. Therefore, children and youth should be proactive and take the lead to make government and stakeholders accountable towards our present and the future,” shared, Khusi, 17 years old from Kathmandu.

Studies show that pandemics caused by viruses of animal origin are becoming more frequent, largely because of human activities, such as deforestation and pollution, that disrupt wildlife habitats and force animals and insects into contact with people. Climate change is increasing such disruptions.

Child Marriage Kills More Than 60 Girls A Day Globally And 6 Girls Daily In South Asia: Save The Children By NEW SPOTLIGHT ONLINE 1 week, 2 days ago