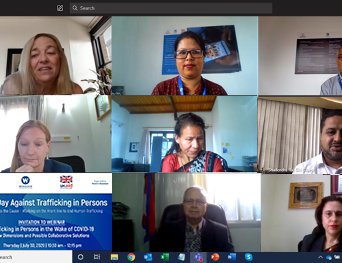 Anup Raj Sharma, Chairperson of the National Human Rights Commission, highlighted the cross-cutting nature of the issue of human trafficking. Justice and chairperson Sharma said that several people have been trafficked under the guise of foreign employees as well which means inter-ministerial coordination is necessary.

Addressing a virtual program organized to mark World Day against Trafficking in Persons, he stressed on the need for increased awareness and also appealed to the government for clarity on policies regarding rescue and repatriation of foreign migrant workers.

He also suggested that a collective effort of all stakeholders needs to be initiated and also that collaboration with local level governments can ensure a wider reach of interventions.

Implemented by Winrock International, the Hamro Samman project is to reflect on the evolving conditions, heightened vulnerabilities, challenges and possible collaborative solutions that this new context demands.

Referencing the recently released U.S. Department of State TIP report, Adriana Hayes, Acting Mission Director, USAID, shared that the Government of Nepal has made several efforts in the past year toward countering trafficking including funding repatriation for more Nepali trafficking victims overseas.

She said that the establishment of the Anti-Human Trafficking Bureau, and acceding to the 2000 UN TIP Protocol. She also stressed on the need to focus on innovation and partnership to reduce risks for vulnerable communities and heal from the effects of the pandemic.

“I am also really pleased to see civil society organizations and networks prepare proactively to respond to the needs of vulnerable women and girls’ so that their issues are taken up by the government policies and are integrated into the future thinking around development plans and policies of local governments,” she said.

She also called nongovernment to back these plans with adequate resources as it is estimated that31 percent of the population could face significant risks of falling into extreme poverty because of the pandemic thereby increasing the number of vulnerable people exposed to trafficking.

Yam Kumari Khatiwada (Baskota), Secretary, Ministry of Women, Children and Senior Citizen shared the ministry's efforts in combating human trafficking and also highlighted the vulnerabilities heightened by COVID-19. She shared that rescue and reintegration of 21 women and 133 stranded children from Manipur in India were carried out during the lockdown period.

“Despite the existence of the policy and legal provisions, we have not been able to achieve expected results in implementation,and for this, inter-agency cooperation and coordination among regional and international organizations need to be made more effective,” the Secretary shared.

Charimaya Tamang, Chairperson of Shakti Samuha, shared that in the context of COVID 19, the workers dependent on daily wage and those working in the entertainment sector and many of those in foreign employment have lost their means of livelihoods placing them at high risk of human trafficking. “Representing civil society organizations, I would like to share that our recommendation is that we need to expedite the process of reviewing legislation in order to implement the Palermo Protocol, and ensure the participation of survivors of human trafficking in this process,” Tamang shared.

Representing the private sector, Shailendra Raj Giri, Founder and Managing Director of Rojgari Services, highlighted the need for public-private partnerships for the dignified reintegration of returnee migrants. He stressed that collaboration among government, civil society and private sector is essential to address the challenges posed by the COVID-19 pandemic and that by identifying opportunities to retain returning migrant workers and utilize their skills is key to both successful reintegration of the returnees and the economic recovery. He highlighted how Hamro Samman's ‘Jivika’ training and placement program is adapting to support the vulnerable workers most affected by the pandemic.

“Representatives of government, civil society and private sector have already pointed out possibilities of collaboration and avenues for partnership. These possible avenues need to be explored strategically and materialized into action with urgency so that rehabilitation and reintegration of vulnerable communities are prioritized and risks of human trafficking are reduced,” Dr. Bharat Mani Devkota, Chief of Party for Hamro Samman remarked to bringing the attendees attention to the objective of the virtual event. He added that Hamro Samman will continue to support the stakeholders in the collaborative approaches and solutions identified during this event.

During a virtual meeting government agency, civil society representatives, private sector actors came together to share experiences as well as collaborative solutions to the evolving dimensions of the fight against human trafficking in the context of COVID-19.

Hamro Samman is jointly funded by USAID and UK aid to address human trafficking, specifically in the foreign labor migration process and entertainment sectors. The project aims to strengthen the Government of Nepal’s system to tackle human trafficking and build synergies among the government, civil society and the private sector to strengthen laws to prosecute traffickers and better support survivors under Nepal’s federal structure. The project will run until 2022.

PM OLI: Mending Ties By A Correspondent 22 hours, 18 minutes ago 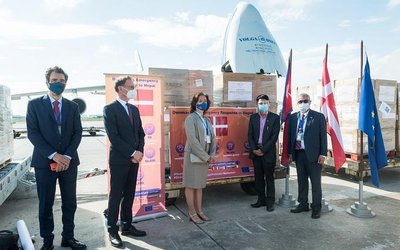 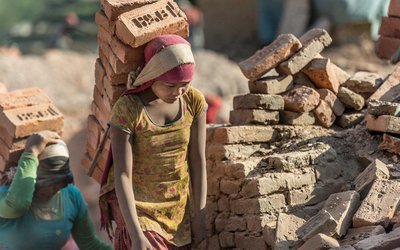 CHILD LABOR Alarmingly High By A Correspondent 1 day, 17 hours ago 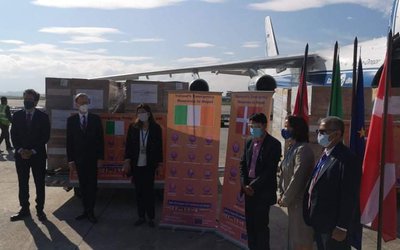