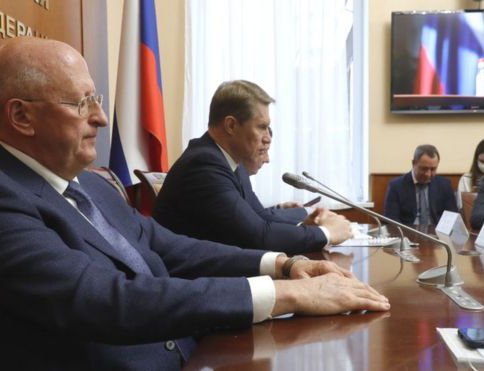 Russia said on Wednesday the first batch of its Covid-19 vaccine would be ready for some medics within two weeks and rejected as “groundless” safety concerns aired by some experts over Moscow’s rapid approval of the drug.

President Vladimir Putin said on Tuesday that Russia had become the first country to grant regulatory approval to a COVID-19 vaccine, after less than two months of human testing.

The vaccine has not yet completed its final trials. Only about 10% of clinical trials are successful and some scientists fear Moscow may be putting national prestige before safety.

“It seems our foreign colleagues are sensing the specific competitive advantages of the Russian drug and are trying to express opinions that in our opinion are completely groundless,” Health Minister Mikhail Murashko said on Wednesday.

He said the vaccine developed by Moscow’s Gamaleya Institute would be administered to people, including doctors, on a voluntary basis, and would be ready soon.

“The first packages of the medical vaccine against the coronavirus infection will be received within the next two weeks, primarily for doctors,” he said.

Alexander Gintsburg, director of the Gamaleya Institute, said clinical trials would be published once they have been assessed by Russia’s own experts.

He said Russia plans to be able to produce 5 million doses a month by December-January.

Russia’s granting of regulatory approval to a COVID-19 vaccine after less than two months of human testing has prompted expressions of caution as well as interest from around the world.

Moscow said on Wednesday that the first batch of the vaccine would be ready for some medics within two weeks and rejected safety concerns as “groundless”.

Israel will examine Russia’s COVID-19 vaccine and enter negotiations to buy it if it is found to be a “serious product”, Israel’s health minister said.

Philippine scientists were set to meet representatives of the Russian research facility that developed the vaccine on Wednesday, to discuss possible participation in clinical trials and access to its research data.

Brazil’s Parana state governor Ratinho Junior was expected to meet the Russian ambassador to Brazil on Wednesday to discuss the terms of an agreement to produce the vaccine. But it was unclear if the state’s research institute would get regulatory approval in Brazil.

The World Health Organization and Russian health authorities are discussing the process for possible WHO prequalification, a WHO spokesman said on Tuesday.

“Prequalification of any vaccine includes the rigorous review and assessment of all required safety and efficacy data,” WHO spokesman Tarik Jasarevic told a U.N. briefing in Geneva, referring to clinical trials.

Jarbas Barbosa, assistant director of the WHO’s regional branch, the Pan American Health Organization, was asked on Tuesday about potential production of the vaccine in Brazil. He said that should not be done until Phase 2 and 3 trials are completed to guarantee its safety and effectiveness.

Russia has dismissed mounting international concern over the safety of its locally developed Covid-19 vaccine as "absolutely groundless".

On Tuesday, it said a vaccine had been given regulatory approval after less than two months of testing on humans.

But experts were quick to raise concerns about the speed of Russia's work, and a growing list of countries have expressed scepticism.

Scientists in Germany, France, Spain and the US have all urged caution.

"It seems our foreign colleagues are sensing the specific competitive advantages of the Russian drug and are trying to express opinions that... are absolutely groundless," Russia's Health Minister Mikhail Murashko told the Interfax news agency on Wednesday. 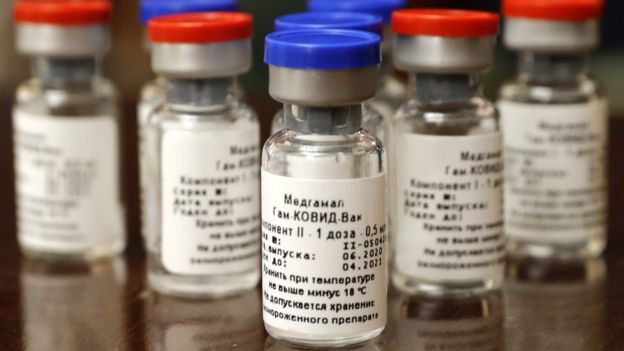 He added that the vaccine would be available soon."The first packages of the medical vaccine... will be received within the next two weeks, primarily for doctors," Mr Murashko said.

Russian officials have said they plan to start mass vaccination in October.

It is not among the organisation's list of six vaccines that have reached phase three clinical trials, which involve more widespread testing in humans.

What has the reaction been?

The progress Russia says it has made on a coronavirus vaccine has been met with scepticism by health officials and media outlets in the US and Europe.

On Wednesday, Germany's health minister expressed concern that it had not been properly tested.

"It can be dangerous to start vaccinating millions... of people too early because it could pretty much kill the acceptance of vaccination if it goes wrong," Jens Spahn told local media.

"Based on everything we know... this has not been sufficiently tested," he added. "It's not about being first somehow - it's about having a safe vaccine."

Elsewhere in Europe, Isabelle Imbert, a researcher at the French National Centre for Scientific Research in Marseille, said promising a cure too early could be "very dangerous".

"We do not know the methodology or the results of their clinical trials," she told Le Parisien.

And in the US, the country's top virus expert, Dr Anthony Fauci, said he doubted Russia's claims.

"I hope that the Russians have actually definitively proven that the vaccine is safe and effective," he told National Geographic. "I seriously doubt that they've done that."

Meanwhile the Moscow-based Association of Clinical Trials Organizations (Acto), which represents the world's top drug companies in Russia, urged the health ministry to postpone approval until after phase-three trials.

Acto executive director Svetlana Zavidova told the Russian MedPortal site that a decision on mass vaccination had been carried out after combined first- and second-phase tests on 76 people, and that it was impossible to confirm the efficacy of a drug on this basis. But some countries have reacted more positively to Moscow's announcement.

In the Philippines, President Rodrigo Duterte offered to test the vaccine himself.

"I believe the vaccine that you have produced is really good for humanity," he said. "I will be the first one to be experimented on."

What do we know about the vaccine?

Russian scientists said early-stage trials of the vaccine had been completed and the results were a success.

The Russian vaccine uses adapted strains of the adenovirus, a virus that usually causes the common cold, to trigger an immune response.

But the vaccine's approval by Russian regulators comes before the completion of a larger study involving thousands of people, known as a phase-three trial.

Experts consider these trials an essential part of the testing process.

Despite this, Mr Murashko said on Tuesday the vaccine had "proven to be highly effective and safe", hailing it as a big step towards "humankind's victory" over Covid-19.

Russia has likened the search for a vaccine to the space race contested by the Soviet Union and the US during the Cold War.

Russia has previously been accused by the UK, US and Canada of seeking to steal research related to Covid-19.

More than 100 vaccines around the world are in early development, with some of those being tested on people in clinical trials.

Despite rapid progress, most experts think any vaccine would not become widely available until mid-2021.