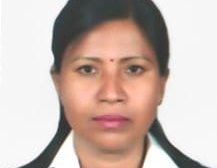 Following the transfer of Sunil Kumar Das from the department, she was given the responsibility. The minister of water supply is also a woman.

History of piped water supply system development in Nepal dates back to 1895 A.D. when the first BirDhara system (1891-1893) was commissioned in Kathmandu by then Rana Prime Minister Bir Sumsher. The system also led to the establishment of Pani Goshwara Adda (The office for water supply) and it provided limited private and community standpipes in few selected parts of Kathmandu. The water supply services were then gradually extended to a few other prominent places like Amalekhgunj, Birgunj, Palpa and Jajarkot Khalanga where either the Rana rulers themselves or their family/relatives resided.