KULMAN GHISING No Light To Light 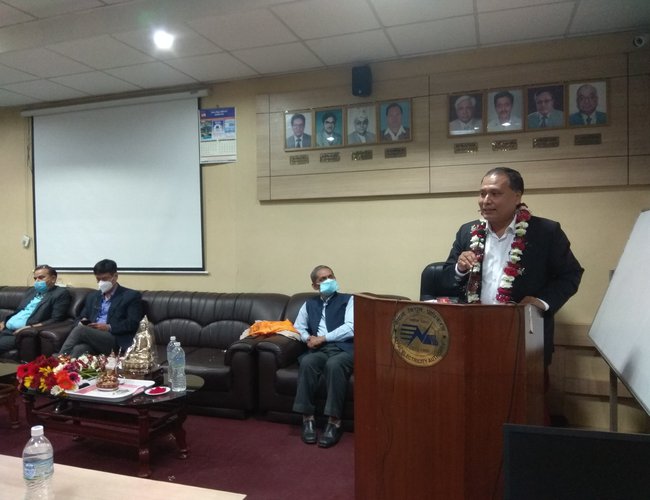 A commitment and dedication of individuals at leadership can make a lot of difference in the country. This is what Kulman Ghising has shown in working as NEA’s managing director.

When he was appointed as a managing director four years ago, the country was facing severe load shedding up to 18 hours thriving battery, inverter industries all over the country.

Today, when his four years tenure complete and he was addressing the farewell program, the story of 18 hours long load shedding as history and NEA’s has transformed from a money-losing entity to a highly profitable public entity.

For Ghising, a man born and grown up in remote rural parts of Ramechhap, transforming Nepal from a dark country to light country is highly important. With no connection with urban elites, MD Ghising, despite bringing such a major change, was always projected as a bad guy by a section of elites. However, his popularity among the common people is very high.

During his tenure, MD Ghising transformed NEA from a loss-making public utility to a highly profit-making institution with a profit of over 12 billion rupees this year.

Appointed on 14 September 2016, outgoing MD Ghising has several challenges before him. Devastated by the earthquake, 456 MW Upper Tamakosi, which is now the final stage of completion, was in a dire situation. Similarly, 60 MW Trishuli 3 A, 14 MW Kulekhani was in trouble. 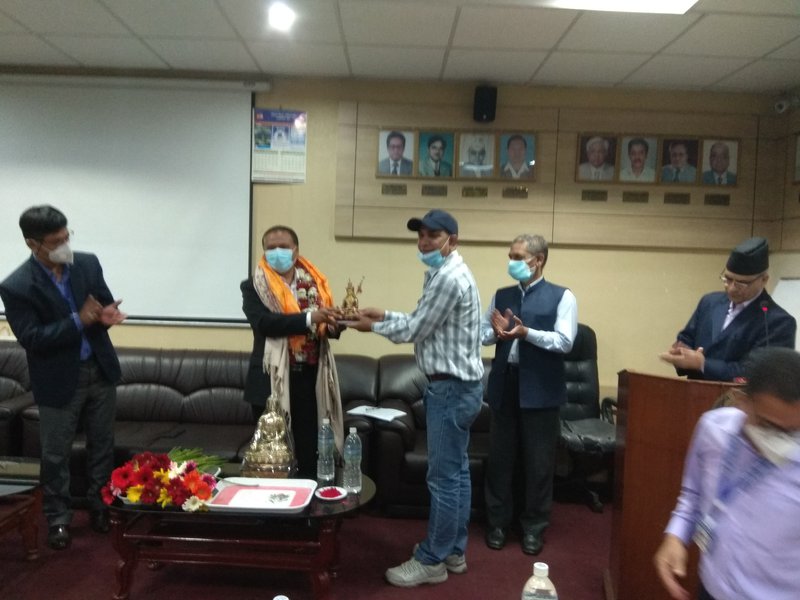 Likewise, 36 MW Chameliya was in limbo. Half a dozen of transmission line projects were in trouble.

Along these 14 hours chronic load shedding seems to have no way to end. Outgoing MD Ghising will be remembered for years. For all this, he also had made enemies. However, Ghising will be in the mind of common people for a long time to come. This is the asset he secured in completing his four years tenure.

“I am proud to serve as MD of NEA and I would be grateful all who supported me during my tenure,” said outgoing MD Ghising, who spent all his time looking at the institution.

Appointed on the basis of work performance, MD Ghising fulfills over 85 percent in his four-year tenure. “Making Nepal load shedding free is not possible without full support and backing from political leaders, Minister of Energy, Secretary and all staffs of Nepal Electricity Authority. It was the joint work of all us,” said outgoing MD Ghising in his humble tone.

“I am proud of the employees and technical staff of NEA who have supported me all the time not saying day and night,” said Ghising, who was a retired employee of NEA.

Ghising has completed his tenure from NEA showing a person on leadership can make a lot of difference to the organization. As he has gone people have started to worry whether to start load shedding again.

Ghising, a man from the remote Ramecchap and Tamang community, has created a lot of jealous persons from the high class who monopolized the power including the Prime Minister and Minister for his work and performance. However, his popularity is much higher among the common folk.

Mutant Variant Of Virus Detected In Nepal By Agencies 1 day, 2 hours ago

MIGRATION TO INDIA: March To Survival By A Correspondent 2 days, 20 hours ago

PM OLI: Mending Ties By A Correspondent 4 days, 1 hour ago