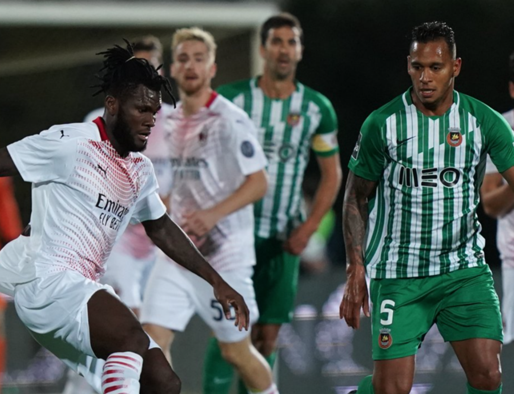 Milan edged their way through to the Europa League group stage with a remarkable 9-8 penalty shoot-out victory over Rio Ave, following on from a dramatic 2-2 draw between the teams on Thursday.Goal

Without Zlatan Ibrahimovic, who tested positive for coronavirus last week, Milan put in a lacklustre showing in their final qualifying match and looked to be heading out after Gelson Dala put Rio Ave ahead early in extra time.

However, Hakan Calhanoglu restored parity from the spot with the final kick of the game after Toni Borevkovic's handball, with the defender sent off after receiving a second yellow card.

Alexis Saelemaekers' effort six minutes into the second half had put Milan in front earlier in the contest, though Francisco Geraldes' thunderous strike cancelled out their lead.

During a bizarre shoot-out that saw both goalkeepers miss their attempts, Gianluigi Donnarumma eventually came up with the save to send Milan through.