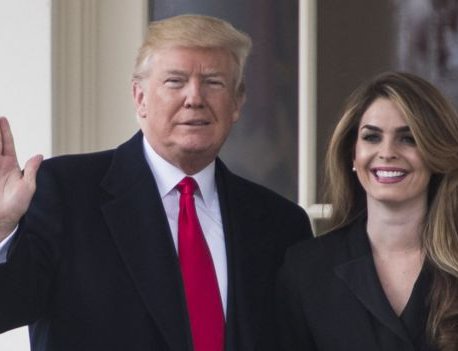 US President Donald Trump has said he and the US first lady are in quarantine after one of his closest aides tested positive for coronavirus.

He tweeted that both he and Melania Trump were now awaiting their own test results after Hope Hicks was infected.

The 31-year-old adviser to the president is the closest aide to Mr Trump to test positive so far.

She traveled with him on Air Force One to a TV debate in Ohio earlier this week.

Ms Hicks was pictured getting off the presidential jet on Tuesday in Cleveland without a mask.

She was in even closer proximity to him aboard the presidential helicopter Marine One on Wednesday when the president held a rally in Minnesota.