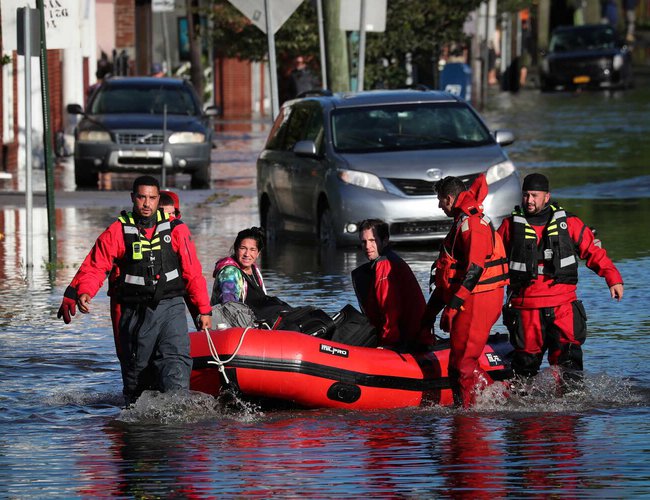 At least 43 people were killed, many of them in basement apartments, in a storm caused by the remnants of a hurricane that struck New Orleans days earlier.

In the aftermath of a ferocious storm caused by the remnants of Hurricane Ida that killed over three dozen people across four states, national and local leaders acknowledged on Thursday that extreme weather events posed an urgent and ongoing threat.

The storm killed at least 43 people in New York, New Jersey, Pennsylvania and Connecticut and left more than 150,000 homes without power. States of emergency remained in effect across the region by midday Thursday, as officials sought to get a handle on the damage.

Speaking from the White House, President Biden said the damage indicated that “extreme storms and the climate crisis are here,” constituting what he called “one of the great challenges of our time.”

At a news conference in Queens on Thursday morning, Gov. Kathy C. Hochul of New York said she had received a call from Mr. Biden, who she said “offered any assistance” as the state assessed the damage from Ida, a storm that she said represented a new normal. Late Thursday, Mr. Biden approved an emergency declaration for New York and New Jersey, allowing for the Federal Emergency Management Agency to coordinate disaster relief efforts.

“We need to foresee these in advance, and be prepared,” she said.

The deluge of rain on Wednesday — more than half a foot fell in just a few hours — turned streets and subway platforms into rivers. Emergency responders in boats rescued people from the rooftops of cars. Hundreds of people were evacuated from trains and subways. A tornado in southern New Jersey leveled a stretch of houses. A preliminary report by the National Weather Service determined that the tornado that hit Mullica Hill, N.J., was an F-3 in strength with estimated winds of 150 miles per hour. Some rivers in New Jersey and Pennsylvania were still rising.

On Thursday afternoon, Gov. Philip D. Murphy of New Jersey announced that at least 23 people in the state had died.