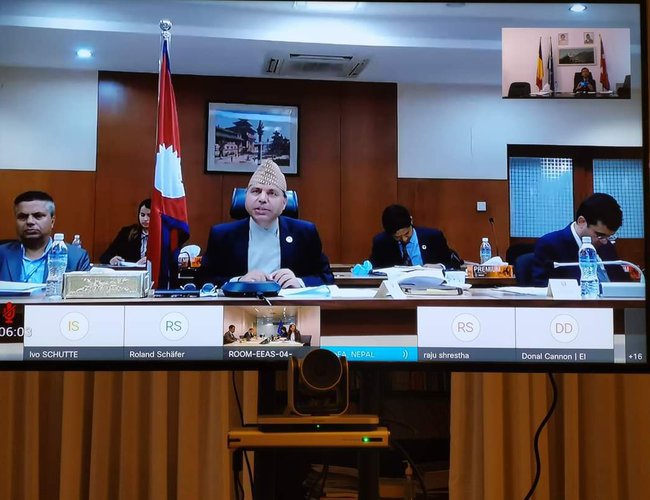 The Government has appointed Bharat Raj Paudyal as new foreign secretary at the Ministry of Foreign Affairs.

The cabinet meeting held in Prime Minister’s Residence in Baluwatar has decided to promote Paudyal as a new foreign secretary on the basis of seniority.

After incumbent foreign secretary of Shanker Das Bairagi promoted as a chief secretary, the position of foreign secretary remains vacant. Having long experiences in foreign ministry, Paudyal, who also served as Nepalese ambassador to Pakistan, was a spokesperson of the ministry.

Along with Paudyal, the promotion committee has also recommended other joint secretaries Sewa Lamsal and Kali Prasad Pokharel for the promotion.

Following the promotion of Paudyal, the responsibility of spokesperson is now given to Sewa Lamsal.

Only 10 Percent Of Results Remains In Local Level Polls By Agencies 20 hours, 25 minutes ago