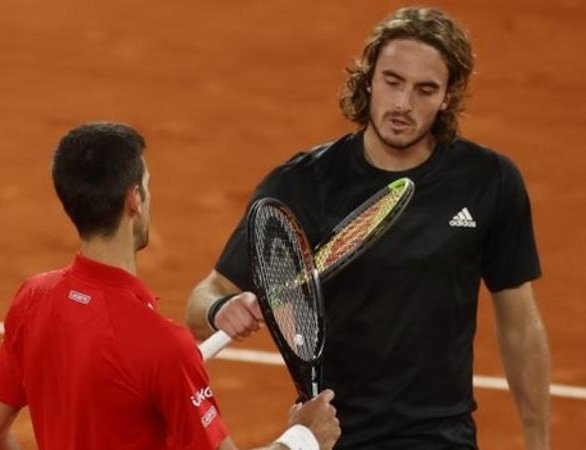 The Serb could not take a second match point in what was the final game before cracking a forehand winner to seal it.

Nadal, who is going for a 13th title, beat Argentina's Diego Schwartzman.

The top two seeds in the men's draw will face each other for the 56th time in their careers - no two men have played each other more - and the ninth time in a Grand Slam final.

The match could also be pivotal in the long-running battle between Djokovic, Nadal and Swiss rival Roger Federer in determining which man finishes with the most Grand Slam titles.

If Nadal lifts the Coupe des Mousquetaires trophy yet again, it will see him equal Federer's all-time leading record of 20 men's majors.