GYEONGGI-DO AND SUNWON-SI: Tale Of Development 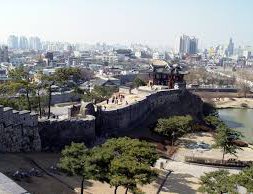 As the largest province of the Republic of Korea with an area including the capital Seoul, Gyeonggi-do is home to over 11 million population. Suwon-si is the city within

and Suwon-si, the largest city in the province – Known for its a high number of foreigners – Very modern city – Suwon Subway connected to Seoul via Seoul Metro Subway Line 1 -Many cultural areas and annual festivals.

As the global community suffering from the COVID-19 pandemic, the Journalists Association of Korea (JAK) organized the World Journalists Conference 2020, an annual media event through a webinar. Participated by over 100 journalists from 80 countries, Gyeonggi-do and Suwon-si were two co-hosts.

Led by governor Lee Jae-myung since July 1, 2018, which includes highly significant areas including DMZ, the provincial policy is a fair society. Before governor, he was mayor of Seongnam City of Gyeonggi Province from 2010-2014 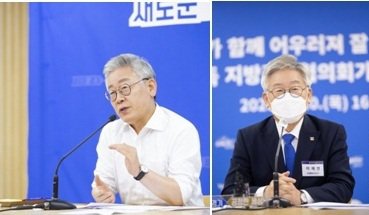 In June 2012, he was chairman of the Council of Local Government Leaders of the Democratic United Party. He served as director of the Seongnam Corruption Report Center, National Integrity Committee from 2004. – 2005

The Gyeonggi-do leading the Republic of Korea in various ways not only for Koreans but also a person in the world, Gyeonggi-do provides people opportunities and a better life.

Gyeonggi-do is the province surrounding the capital of South Korea, Seoul. It is the most populated province of Korea having about 13 million inhabitants, more than one-fifth of the entire Korean population. The province has played an important role since 18 BCE when the country was divided into three kingdoms and still plays a vital role in tourism, business, economy and technology in current-day South Korea. Economy & Business in Gyeonggi-do Gyeonggi-do is a hub for industry in Korea and ranges from heavy industry (chemical, steel, electronics, and machinery) to the textile industry, IT, farming, livestock and fisheries. More than a quarter of all Korea’s small and medium-sized companies are located in Gyeonggi-do province and the province is becoming more and more important with the expansion of the Northeast Asian economies. night pangyo Pangyo Techno Valley

Gyeonggi-do, the hub of economy and industry Gyeonggi-do lies at the heart of the Korean economy and has the highest GRDP among all other provinces on the South Korean peninsula. Additionally, it has the fastest annual GRDP growth rate in comparison with other provinces and even Seoul Special City. The industry is evenly spread around the province and consists of major companies like Suwon Samsung Semiconductor, Hyundai KIA in Uiwang, Page’s LG Corporation LCD Complex, and Icheon’s SK Hynix. Not only is Gyeonggi-do the hub of economy and industry of Korea, it is also one of the best places to invest as the economically active population is 7,29 million people, but over 68,000 factories are also located in Gyeonggi-do, the international trade volume is 141,8 billion USD and around 11,000 small to medium-sized companies are located in the province.

Korean Startups in Gyeonggi-do Stats from 2018 show that around 25,000 new companies opened up in Gyeonggi-do in one year. This is 24% off all the new companies in the whole of South Korea. These stats prove that Gyeonggi-do province is by far the best province to open up a company in Korea. Additionally, new venture companies based in the province can apply for an excellence award. This award ceremony is held every year and encourages people to open their company in Gyeonggi-do. Tourism & Culture in Gyeonggi-do Apart from the boosting economy, Gyeonggi-do is known worldwide for its famous tourist destinations ranging from stunning nature to amusement parks, excellent shopping facilities, and captivating historic sites.

Korean traditional culture The Korean Folk Village and Suwon Hwaseong Fortress are excellent touristic sites that are rich in Korean traditional culture. The Korean Folk Village is a living museum type attraction in Yongin. It showcases how people from all different classes used to live during the Joseon Dynasty and is a popular destination for both international and local visitors. The village first opened in 1974 and has over 260 traditional houses spread over 250 acres of land which are often used for the filming location for K-dramas and movies. Suwon Hwaseong Fortress was built in 1796 during the reign of King Jeongjo. Hwaseong was built as a fortress of national defense to the south and also to house the tomb of King Jeongjo’s father Crown Prince Sadoseja. The fortress wall remained almost fully intact and surrounds the city of Suwon. Visitors looking to experience traditional Korean culture are in for a treat when visiting the sites mentioned above.

The Future of Gyeonggi-do

The Demilitarized Zone is an area where a natural environment co-exists with past and present history. The DMZ has been a symbol of peace for years and continues to strive to create a peaceful environment. In the past peaceful events have taken place in this area like the signing of the first agreement between the two Korea’s in 1991, the first product manufactured in the Gaeseong Industrial Complex in 2004, a peace concert in 2019 and many other efforts have been made. DMZ will be used for peaceful purposes and to encourage people to dream of world peace. 2. Youth Basic Income Gyeonggi-do is the first province to start a basic income program for youngsters living in the province. The program took off in 2019 and will continue to grow over the upcoming years. The basic income program is for anyone who is 24 years old and has lived in Gyeonggi-do for at least 3 years. The program provides around 1 million won a year to 24-year-olds in 2019 and the province is looking to provide this basic income to all young people, regardless of their age.

Located in central Korea, the name “Suwon” has been used since 1413 is a basic local government in Korea with the largest population.

The is a large city with a population that is home to both traditional and cutting-edge industries. The is also a Korea’s first planned city and satellite City of Seoul & Other Metropolitan cities. This is less than 1 hour away from Incheon International Airport.

Along with Global company Samsung Electronics is located, there are several world-class companies like Transportation Hub linking KTX, subway, intercity bus and airport limousine are here.

This is also a city with UNESCO World Heritage ‘Suwon Hwaseong Fortress’ and historical feature of Joseon Dynasty (registered as a UNESCO World Cultural Heritage site in 1997).

Along with an industrial and cultural hub, this is also a city of sports where the world soccer player Park, Ji-sung, who played for Manchester United and PSV Eindhoven, grew up. The city also hosted 2002 FIFA World Cup.

Suwon Hwaseong was registered as a World Cultural Heritage site by UNESCO in 1997. Suwon Hwaseong was built based not only on the filial devotion of King Jeongjo but also on the grand ambition to root out partisan politics and promote royal politics. Located in the southern section of the capital, it served as a national fortress. With its unique plain fortress shape, Suwon Hwaseong has both military defenses and commercial functions. Its function is scientific, practical and logical. It also preserves its original fortress shape and Suwon-cheon (stream) still flows through Buksumun (Hwahongmun). The street network that used to connect Paldalmun, Janganmun, Hwaseonghaenggung and Changryongmun still maintain the major frameworks of the city, preserving the shape of the fortress as it was 200 years ago.

As the construction purpose was more to emphasize filial piety and it’s political and economic aspects than to pursue military purposes, Suwon Hwaseong is well preserved as a fortress that holds not only cultural value but also emotional and philosophical values. The most famous cultural festival of Suwon held in every October.

This cultural tourism festival combines tradition and modernity with events that effectively reproduced scenes of history with themes of Suwon Hwaseong Fortress, a UNESCO World Cultural Heritage, and the filial piety of King Jeongjo, the 22nd monarch of Joseon Dynasty. This festival, the largest of its kind in Korea, attracts about 800,000 visitors. Suwon Ballet F e s t i v a l This annual event has been co-organized with Ballet STP Cooperative since 2015.

Suwon Jazz Festival Every September, Suwon Jazz Festival held in the "Fun Field" in Gwanggyo Lake Park presents unforgettable memory to the audience with the sweet melody of jazz music and the beautiful night view of the lake park. S u w on Culture Night On a night of August with a cool breeze, citizens enjoy the view of Suwon Hwaseong Fortress and Haenggung decorated with media art and listen to the interesting story of history and culture as they walk along the fortress wall. ◯ Festivals Photo Name Description S u w o n H w a s e o n g M u s e u m Suwon Hwaseong Museum provides information on the construction of Suwon Hwaseong Fortress, architecture from the Joseon Dynasty and the source of pride for Koreans. Haewoojae,

YEOM Tae-young is the mayor of the city who born in July 25, 1960. Professionally an environmental engineer with BS in Agriculture chemistry, mayor Yeom is one of the popular mayors of the city. Since 2010, he has been elected mayor of the city. He is - 5th~7th Popularly Elected Mayor, Suwon City, and the Republic of Korea. He is also Supreme Council Member, Democratic Party of Korea (Aug. 2020 ~), Chair, National Association of Mayors of Korea (Jul. 2019). 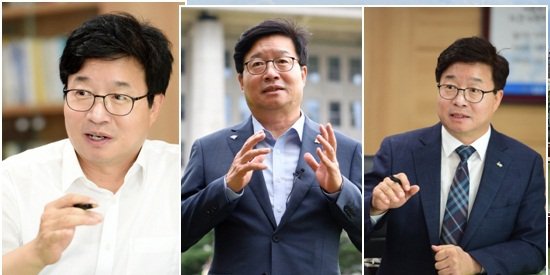 Partnering with the international journalist conferences, the provincial governor and mayor of the city have shown their commitments towards international solidarity for peace including Korea.

Ganga To Mississippi: Walking With The Rainbow By A Correspondent 4 months ago