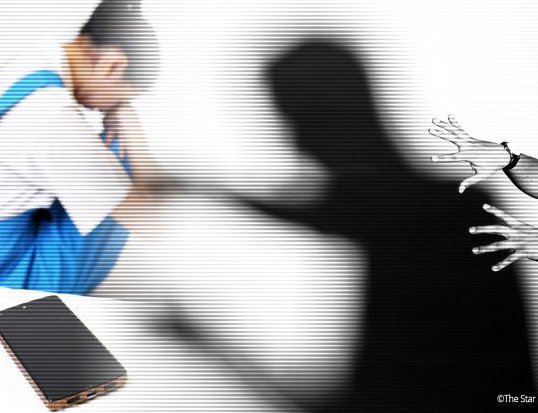 "She was wearing provocative clothing; She was asking for it", " I do not remember anything as I was fully drunk", "She was over friendly and too easy with boys" are some of the blunt comments that are often made by men to defend themselves to justify the unacceptable and non-consensual sexual behaviour they conduct on women. Statements as such,made by the offender makes no excuse at all for the heinous crime like rape which ruins the whole life of the person who experience itand an irreparable loss to the sufferer's family. If anyone drunk drives and meets with an accident killing the other person, be it a pedestrian or a fellow driver, will that person still be held accountable for it? The answer is a big YES. Then why the gruesome act like rape be excusable at any cost for the lame reason that the perpetrator was drunk or out of sense? This is something which needs to be pondered upon or introspected by everyone time and again.

Persistent gender inequality, objectification of women, misogyny, misinterpretation of manhood as dominant and sexually aggressive and normalization of sexual violence are some major factors for increasing rate of rape in Nepal and around the world. The patriarchal society is often focussed on teaching women and girls on how to protect themselves from being raped rather than teaching men and boys on how to respect and protect women from their early childhood. It is not always the case that the victim is always women, men can also be the victims from the sexual assault by women, but in maximum cases it is often men who are the perpetrators of rape and other sexual assaults which makes men more accountable for the rape culture.

Stigma around virginity and the culture of judging women's purity on the basis of that is something which leads to maximum number of women in Nepal to remain tight-lipped and not complain about the sexual assault that they go through. Victim blaming attitude and character assassination is highly prevalent in the occurrence of rape and other forms of sexual harassments. Many victims voluntarily or forcefully keep the incidents to themselves with the fear of public shame, discrimination and stigmatization associated with rape. Society often makes the women believe that no men will marry them who are the survivors of rape. This kind of perception and belief has silenced thousands of women to speak up for their rights and held the culprit accountable and punishable.

Over the recent years, feminist movements like MeToo has received global recognition and has gained some momentum in Nepal as well. This movement has encouraged the sexual violence survivors to speak up and share their experiences with others. It has made a significant effort to provide solidarity for women of all backgrounds who have experienced sexual assaults, verbal or physical conduct of sexual nature or any other sexual advances more often, though not always from their male counterparts. MeToo movement is working for the empowerment of women and letting the world know how widespread sexual violence is and how maximum women face any sort of sexual assault at least at one point or the other during their lifetime. This movement is basically helping to show empathy towards the survivors that they are not alone in the fight. Movement as such has encouraged women to speak up verbally or through social media platforms about their experience and urge other women to raise their voice as well.

Stories of rape and murder of minors has shocked the whole nation in the recent times. The two most prominent cases in Nepal covered in the media were that of 13-year-old girl, Nirmala Panta from Kanchanpur and another case was that of 12-year-old girl, Samjana BK from Bajhang. Time is running through and their parents are eagerly waiting for their deceased daughters to get justice and the culprits are sentenced to maximum punishment,but the justice has still not prevailed. There are many more cases like that of Panta and BK which may not have come up in the media that often. It is heart-wrenching when looking at the data provided by the Nepal Police of the number of cases of rape and murder of young girls over the past few months' time. According to a report by the Nepal Police, there were 2144 cases of rape and 687 cases of attempt to rate in the fiscal year 2019/2020, amongst which most of them were minor girls. There may be many more cases unrecorded mainly as minors are not able to speak up for themselves and name the culprit and also the family of the survivor or in cases of murder are scared to reveal the name of the perpetrator with the fear that the person might take revenge out of them. Because of these reasons, at times charges against the culprits are withdrawn under pressure or on monetary agreements.

Increasing and repeated number of rapes and murders are the result of the abject failure of the government to take proper action against such unacceptable acts. Lack of proper protection from the state and unregulated laws are the major reasons for the frequent occurring of rape and murder in the recent times. Instead of decrepit laws and hollow promises, it is high time that the government need to have revised policies/laws against rape and take meaningful actions to combat any form of sexual assaults. Further strong investments and arrangements needs to be made to strengthen the security system at all times so that no girl or woman feel unsafe to walk around freely at any time of the day.

The police force should have strong mechanism to register complaints about rape and other sexual assault without a fail. State should strengthen its capacity to provide necessary emotional as well legal support to the victims and their family members so that perpetrator be prosecuted on time. Providing protection and complete security to the victim and their family members is another important aspect to look upon.

With the growing rape cases, public voices have become louder asking for rape convicts to be given death sentence looking at the gravity of the crime and the harm the victim has suffered. Mainly youth demonstrations have been taking place around the country time and again urging government to introduce stringent laws and punishments against rape perpetrators. International and civil society organizations have been upholding the concept of zero-tolerance to sexual harassment which has proved to an important effort for the fight against rape. With the efforts, a certain environment has been created for open dialogues for the women to speak up for their human rights and to raise their voice against rape culture. Lawmakers in the parliament, especially the women lawmakers have been lobbying for tougher punishments for the rape convicts. Constitution of Nepal 2015, doesn't include law for death penalty in any circumstances, hence the lawmakers are even looking for making some amendments in the law so that in some exceptional cases, death penalty should occur.

Increasing efforts are going on from various bodies to fight against rape in Nepal. It is believed by all that justice be given impartially to all and the offender doesn't get away from the punishment easily. For this each one of us has a role to play and all of the citizens need to be active bystanders and intervene whenever any sort of non-consensual behaviour is witnessed within the family or in the society. Furthermore, redefining masculinity through feminist principles is a need of an hour which should always be on the back of the head of everyone. Objectification of women and using derogatory languages against the sexual survivors should be stopped. Media being the fourth largest body has also got a significant role to play. Media needs to disseminate information and news with regard to sexual violence and rape sensitively, without sensationalizing the incident. Bringing change is imperative and it starts with each one of us, hence everyone should educate ourselves, speak up for ourselves as well as for the ones who are voiceless, take actions against unethical behaviours and urge others to take actions as well, only then we can win the fight against rape and rape culture in our society and country as a whole.

Water Management In Mountains: Snow Water As An Alternative By Pratima Sharma and Chiranjibi Bhattarai 2 days, 16 hours ago

What West Seti Power Project Can Mean For India-Nepal Ties By Yubaraj Ghimire 3 days, 2 hours ago