Looking into the current scenario especially for a country like Nepal, women’s attraction in mass media is solely driven by the intuition of becoming a celebrity quickly rather than a sustained objective of changing one's life or societal causes through the platform. 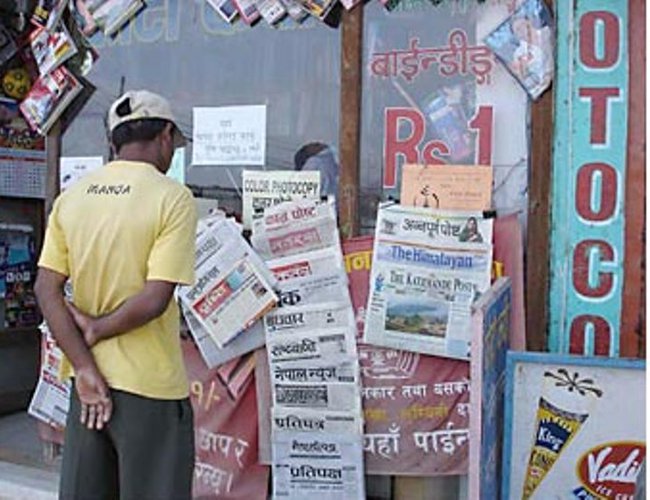 Gender equality is not only a fundamental human right, it is an important determinant for productivity and economic growth. Although it is one of the UN’s key Sustainable Development Goals, most of the societies around the world are far from achieving equality by all measures. Progresses made are laudable, still women and girls are under-represented in various spheres, be it power positions, science and technology, business or the television and print media. Gender imbalance in the media is not only an outcome of biased journalism but a result of a social milieu. Moreover, gender imbalanced media coverage fortifies and perpetuates harmful gender stereotypes in the society. It has become pertinent to know and understand why such biases exist and what can be done to end such practices so that women and girls are given equal platform which influences their success in the fields they are contributing to.

There is clearly a gender division of duties and responsibilities in the society and the effect of this is prominent in the media too. First of all, women are underrepresented in the media platforms which reflects the societal norms of their unimportance. Gender bias is very rampant in the media. Few women in Nepal occupy influential posts in journalism. A research was carried out in 2016 by Sancharika Samuha, a forum of women journalists and communicators in Nepal, to find out the percentage of women media personnel belonging to various age groups. The data suggested that 76.3 percent of women in the media belonged to the age group of 20-30 years. This figure sharply declined for the age group of 30-40 years and reached 12.8 percent. This shows that sustained professional and leadership development through media ends before the prime age of 40 years. Employable engagement and overall retention of women as a life-long profession in the mass media sector ultimately is at rock bottom, below 2.5 percent.

Looking into the current scenario especially for a country like Nepal, women’s attraction in mass media is solely driven by the intuition of becoming a celebrity quickly rather than a sustained objective of changing one's life or societal causes through the platform. This raises many questions in the perspective of women's interest in media platforms and media houses' interest in retaining professional journalists in the sector. There are clearly some fundamental issues that need to be addressed at the earliest. The remedy is to have a two-pronged strategy that focuses on both ends, that is the development of women as a professional media person and creating women-friendly environments in media platforms itself.

In terms of media coverage as well, the platform given to women is very minimal. Even if women are given space, they are mostly found to be featured around topics such as beauty, lifestyle, entertainment and sometimes, if not often the social issues, whereas men are mostly featured around critical and significant topics such as politics, world affairs, national security, business etc. When we turn on the television or flip the pages of the newspapers or magazines, we find that personal information of the women are given utmost importance such as their marital status, family, clothing, appearance whereas on the other hand for men, they are featured with regard to their policy stances. By covering the men and women differently, the media is negatively influencing the women’s eminence that they could gain in important spectrums in the society.

Women are mostly not seen on the panel discussions on topics such as foreign policy, healthcare systems, economic policy because they must be excluded on purpose either with the thought process that they are not bold enough to give opinions on such important fields or with the fear that they might perform exceptionally well compared to the male panelists invited. It is often noticed that even if women are invited for talk shows on television, they are generally shown as a source of visual pleasure rather than focussing on the things that they have to say or residing in the content of the program. Women’s invisibility or unimportant visibility can lead to them being taken not so seriously, question their credibility with regard to the work that they are doing or overshadow all the hard work that they have put in to reach where they have reached or where they dream of reaching in the future.

When coming to the news stories produced by a male and a female journalist, there is also clearly a difference. As per a report by the Global Media Monitoring Project (2015), female journalists or reporters prepare stories keeping women as the central subjects, which is not usually the case with the male journalists. Women are more likely to quote other women in their stories which reflects less gender biases in their work. Media personnel should practice self-monitoring, self-examination and self-awareness to remind themselves time and again that biases on the basis of gender shouldn’t show up in their work both intentionally as well as unintentionally.

With respect to the field of political affairs, women are far less likely to get media attention compared to their male counterparts. Present day politics is highly media centric and the voters rely exclusively on the media as a source of their information about the electoral candidates. Less or no feature of women candidates or deleterious reporting by the media can have damaging effects on the chances of women candidates to win the election, threaten their longevity in the political arena and more importantly lessen their chances in the higher office. Not only that, the ambitious young women can get discouraged to enter the political sphere with the fear of being sidelined, leading to continued under representation of women in politics in the future.

The culture of masculinity in politics has always existed which makes it worse for women politicians if the media doesn’t support them or portray them as credible enough to run for higher offices. It is instrumental that the media break the conventional barriers and stop showing femininity as a disadvantageous factor for women to move higher in the political ladder. Media need to stop using sexist lenses to portray female candidates and focus more on their extensive resumes, their past successes and their future aspirations for the citizens and the nation.

Women’s voices need more inclusion in the media which is vital to built a feminist leadership. Inclusion of women’s perspectives is also crucial for the diversification of the voices in the society as well as to reach a range of solutions to the problems happening currently, from politics to the health pandemic. Media sector is the frontliner in opinion building and shaping which ultimately expedites the process of socio-economic transformation and reduces the gender disparity not only in underdeveloped countries but also in developed countries like the USA, the UK and several Scandinavian countries. Hence, the media, which has a critical role to play, should focus on creating gender transformative content and not overlook the gender dimension in anything they prepare to pass in the public eye so that this brings positive change in the society and the nation at large.

The author holds a Master of Science degree in Gender and Development Studies from the Asian Institute of Technology, Thailand.

Nepal And The EU Share 20 Years History Of Partnership On Education By Jutta Urpilainen 8 hours, 24 minutes ago

Be Works By Hemang Dixit 9 hours, 25 minutes ago