US Election 2020: Trump And Biden On Campaign

US Election 2020: Trump And Biden On Campaign 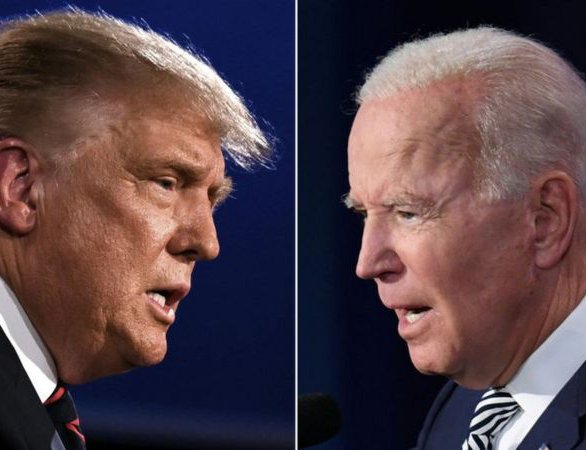 He is holding rallies in North Carolina, Ohio and Wisconsin on Saturday as he seeks to make up ground against his Democratic challenger Joe Biden.

Mr Biden, who holds a steady lead in national polls, is campaigning in Pennsylvania, another key state.

Some 57 million votes have already been cast, a record spurred by the pandemic.

The Republican president has continued to hold packed rallies despite a new surge in coronavirus infections that is particularly affecting the Midwest - home to several electoral battlegrounds.

Speaking in Lumberton, North Carolina on Saturday, Mr Trump said America's coronavirus pandemic had been blown out of proportion and mocked his Democratic rival for making ominous warnings about a bleak winter.

In contrast, Mr Biden held a drive-in rally in Bristol, Pennsylvania where he told supporters: "We don't want to become superspreaders."

With just 10 days to go until the November 3 election, Joe Biden holds an average eight-point lead in national polls over Donald Trump.

But the race is much closer in several important swing states.

How and where did Trump vote?

Mr Trump voted at a library in West Palm Beach, Florida - near his Mar-a-Lago resort - on Saturday morning.

"I voted for a guy named Trump," he told reporters after casting his ballot.

Florida is always a key prize in the US election and the president had been campaigning there on Friday. Early voting centres opened in Florida this weekend. 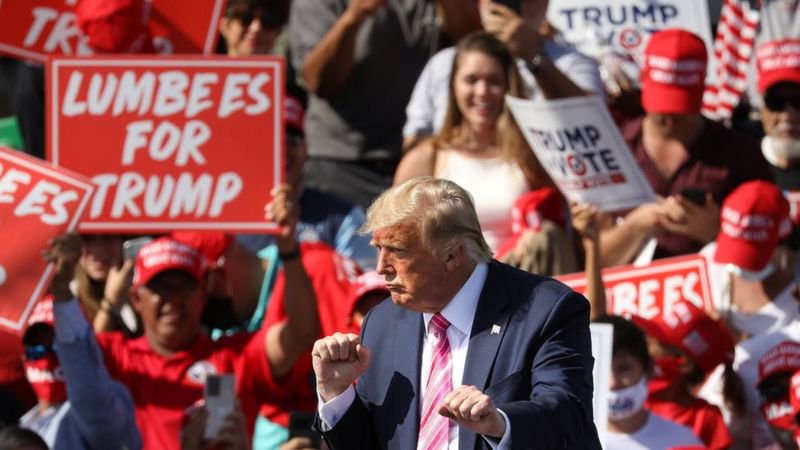 Mr Trump switched his permanent residence and voter registration from New York to Florida last year - and this was the first ballot he has cast in person since doing so. Earlier this year, he voted by mail in the state's primary elections.

During his bid for a second presidential term, Trump has regularly claimed mail-in voting is prone to fraud.

After casting his vote on Saturday, he said it was "a very secure vote, much more secure than when you send in a ballot". But experts say this is wrong and that there is no evidence to support a link between postal voting and fraud.

Does US postal voting lead to ‘tremendous fraud’?

More than 39 million people have voted by mail so far, while close to 18 million have voted in person, according to a tally by the United States Election Project.

Where are the campaigns going?

Most US states lean heavily towards one party or the other, so presidential candidates usually focus on a dozen or so states where either of them could win. These are known as the battleground states.

States like Michigan, Wisconsin, Pennsylvania, Florida, Ohio and North Carolina are viewed as the most influential because they have historically swung between Republican and Democrat candidates. They also have high numbers of electoral college votes, which decide the outcome of the election.

Over the next few days, Mr Trump is due to hold events in several of these states. After his three-state blitz on Saturday, including a midnight rally appearance in Waukesha, Wisconsin, the president will appear in New Hampshire on Sunday.

He is then scheduled to appear at two rallies in Pennsylvania on Monday, before making his way to Michigan, Wisconsin and Nebraska on Tuesday. 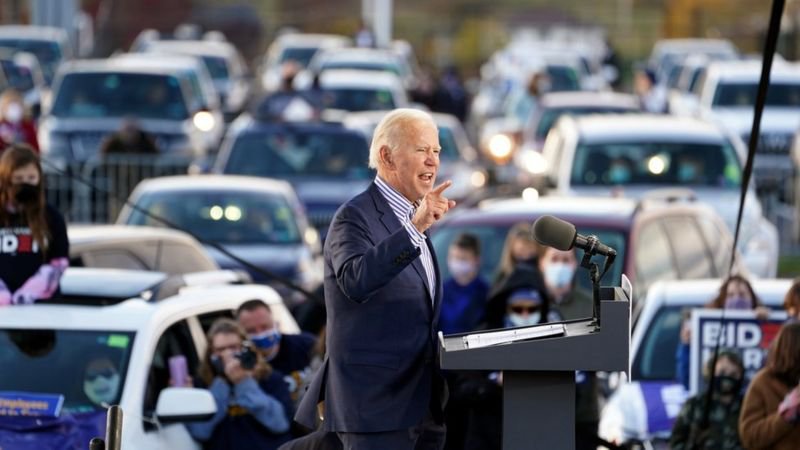 Mr Biden has a narrow lead over Mr Trump in some of these key states, with Florida and North Carolina looking particularly tight, according to polling averages.

The Biden campaign is focusing on Pennsylvania this weekend - it is holding two drive-in rallies there on Saturday.

Mr Biden was born in the state, and it is another key election battleground. The Democrats won Pennsylvania in every presidential election from 1992-2012 but Mr Trump took the state by a 0.7% margin over Hillary Clinton in 2016.

Meanwhile, former President Barack Obama has been campaigning for Mr Biden at a drive-in rally in Miami, Florida.

How is coronavirus impacting the election?

America's coronavirus outbreak has become a key policy battleground ahead of the November election. It has also contributed to the surge in postal voting.

On Friday, coronavirus cases hit a record daily high in the US, as states grappled with a new wave of infections. More than 8.5 million infections have been reported nationwide, along with nearly 217,000 deaths, according to a tally by the Covid Tracking Project. 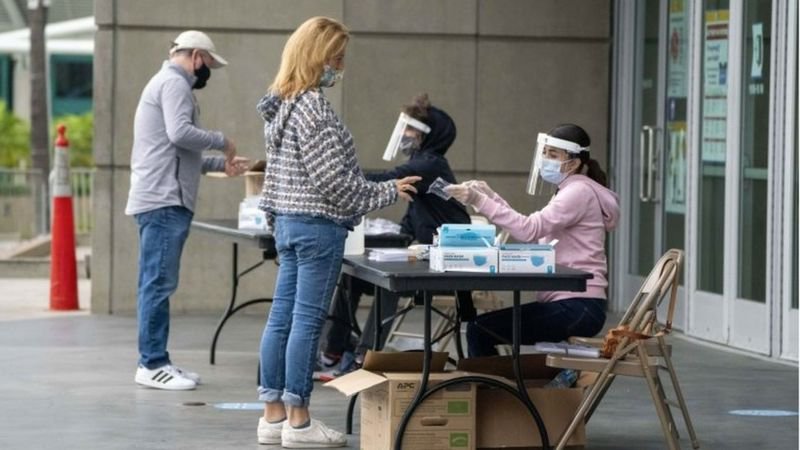 President Donald Trump and Joe Biden clashed over the subject during Thursday's presidential debate, and the two candidates have continued to present starkly different views over the way ahead.

In North Carolina on Saturday, the president said that widespread coronavirus testing was "good" but also "very foolish" because it boosted case numbers around the country. He also claimed the US might already have a vaccine "if it weren't for politics".