We Were Beating China At A Level They Haven't Been Beaten Before: Trump

We Were Beating China At A Level They Haven't Been Beaten Before: Trump 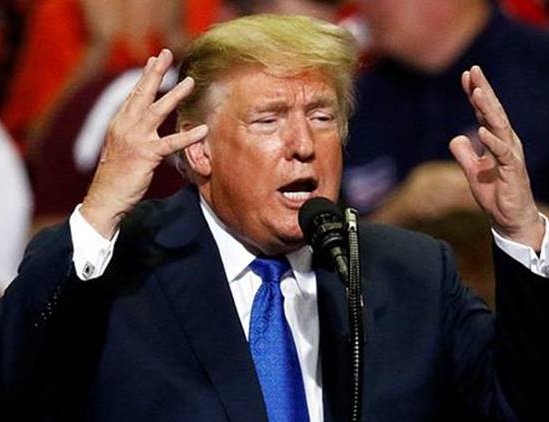 Greenville (North Carolina) [US], October 16 (ANI): US President Donald Trump on Thursday claimed that the United States "was beating" China at a level they haven't been beaten before and added that the US was overtaking China while they weren't even close.

"We have hit the best unemployment numbers we ever had. We were beating China at a level they haven't been beaten before. I was charging them tariffs and they didn't know what to do. In 2019, we became much bigger and we were way overtaking them and they weren't even close," Trump said at a rally in North Carolina.

Trump further said everybody was coming together but "the plague" (COVID-19) came along adding that under his administration, the US is number one in terms of the economic comeback.

"Under my leadership, we are developing vaccines, therapies, and all those other things. It's happening so fast, no one can believe it. We are the number one country by far for an economic comeback than any other country," he said.

Trump further said that he took the "toughest action" over the "rampant theft" by China over jobs adding that the US has the "best environmental numbers. The US President also went on to accuse China, Russia, and India of "spewing stuff' into the air.

"I took the toughest-ever action to confront China's rampant theft of American jobs. We have achieved energy independence and we have the best environmental numbers. China, India, and Russia -- all of these countries are spewing stuff in the air. Russia China and India are spewing it in," he said. (ANI)