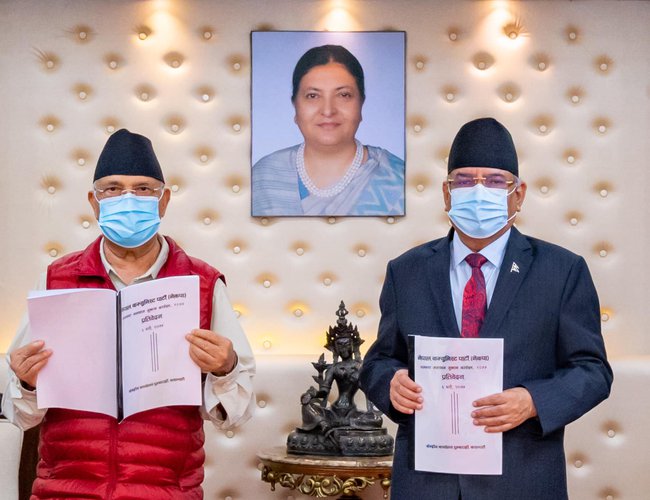 Similarly, there is a rumor that Prachanda led faction is working to table no-confidence motion against PM Oli in parliamentary committee.

In a tweet on Sunday he said that the NCP's existence was in serious crisis.

As the differences between chairmen KP Sharma Oli and Pushpa Kamal Dahal Prachanda continue to grow, Paudel has been trying to establish communication between the two.

"This time, the NCP's united and indivisible existence is facing a challenge. I urge all party leaders, cadres and members to contribute to the unity of the party by resolving the contradiction," he said.

LOCAL POLLS EC Sets Goals By A Correspondent 2 weeks ago