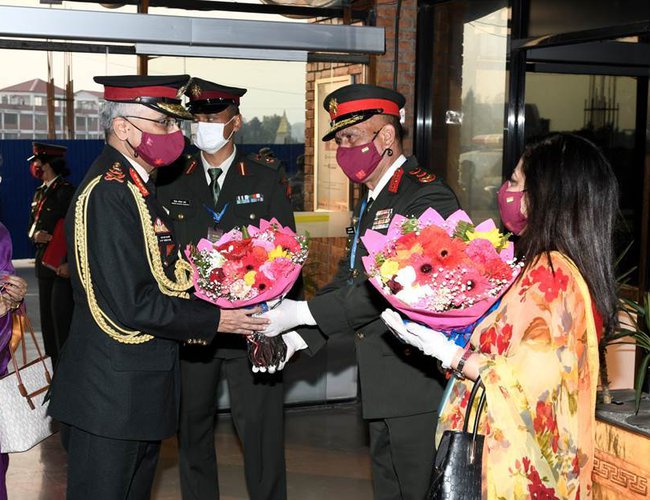 Earlier this morning, General Naravane traveled to the Nepali Army Command and Staff College, Shivapuri, where he shared his service experience with the student officers undergoing training in the college. 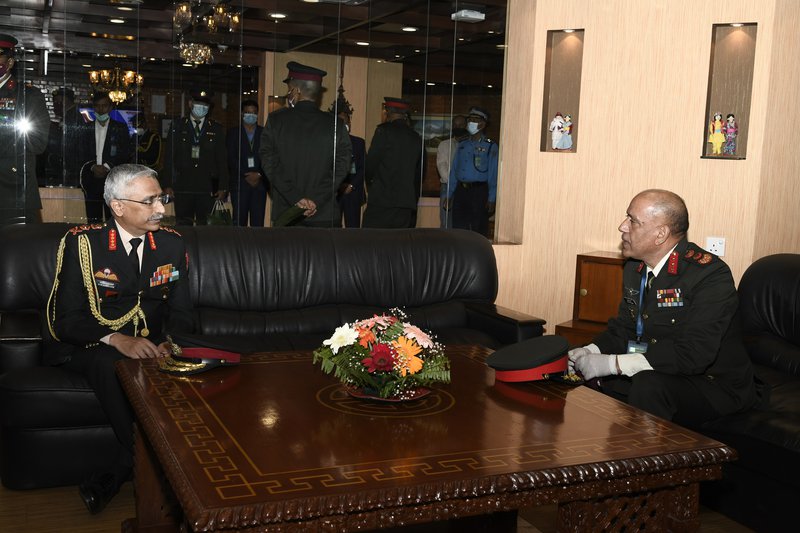 Chief of the Army Staff, General Purna Chandra Thapa hosted a banquet dinner at the Army Headquarter yesterday evening in honor of General Naravane, who was conferred the rank of an honorary General of the Nepali Army by Rt. Honorable President Bidhya Devi Bhandari. General Purna Chandra Thapa and General MM Naravane, both alluded to the traditional bond of friendship between the two armies and concluded that the visit was successful in further strengthening the relationship. Defense Secretary, Foreign Secretary and Ex Chiefs of Army Staff were also present during the dinner.

Discussion on enhancing and expanding areas of cooperation between the two armies including the exchange of high-level visits and training, within the existing framework of Nepal-India Bilateral Consultative Group’s Meeting on Security Issues was also held.

Nepali Army firmly believes that such a high level of visits will help to further cement the friendship between two armies and the two countries. 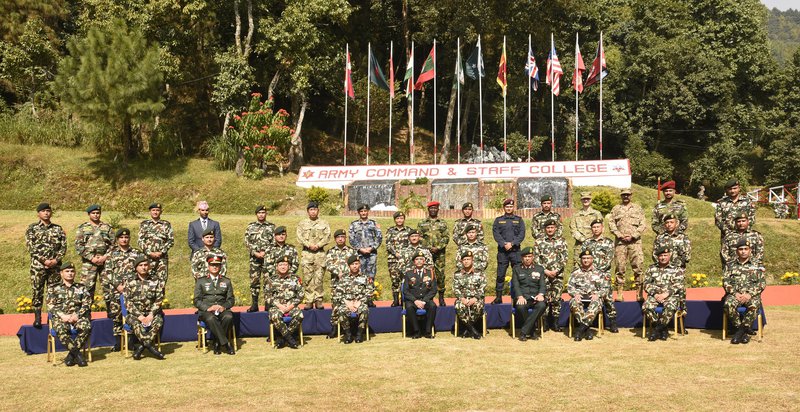 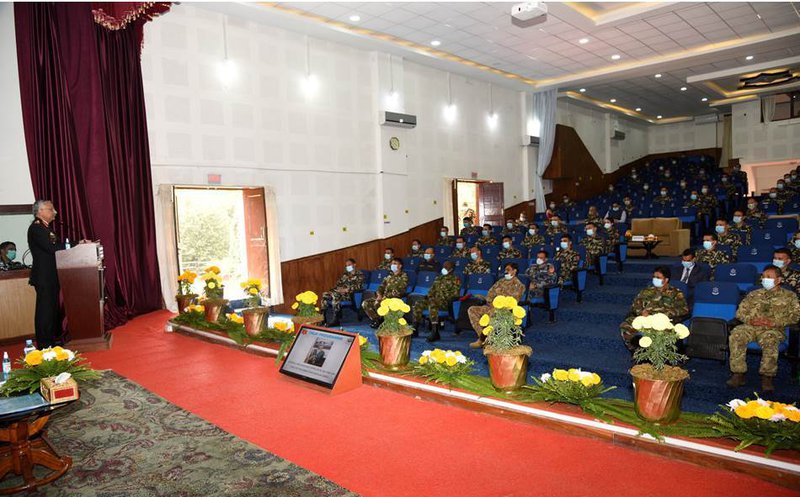 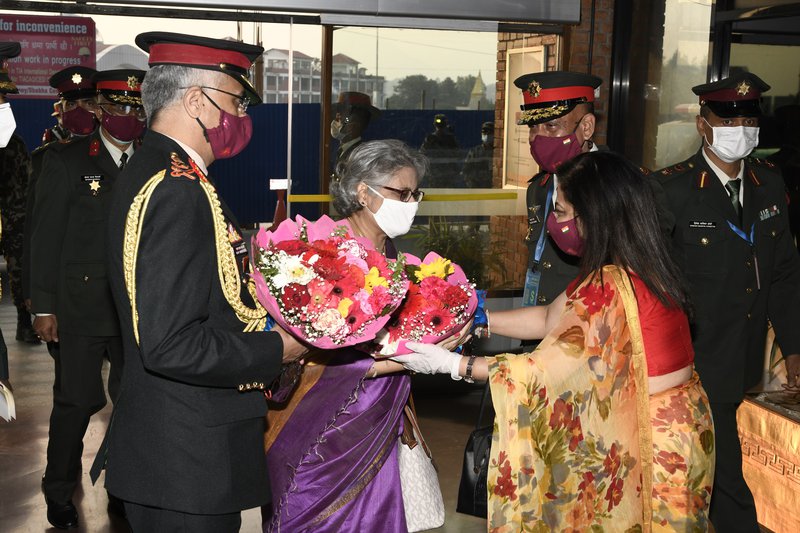 Chirbabu Maharjan Starts His Second Innings, CPN-US Candidate Dhan Raj Acharya Wins Mayor Of Pokhara
May 26, 2022
Foreign Secretary Paudyal Thanked China For The Preparation Of The Return Of Nepali Students To China
May 26, 2022
Weather Forecast: Light To Moderate Rain In Bagmati
May 26, 2022
Replacing The LPG By Electricity Is The Priority Of The Government: Minister Karki
May 25, 2022
Four Nepali Peacekeeper To Be Honored Posthumously At United Nations Ceremony
May 25, 2022

Foreign Secretary Paudyal Thanked China For The Preparation Of The Return Of Nepali Students To China By NEW SPOTLIGHT ONLINE 2 hours, 57 minutes ago

Save The Children-Nepal Organizes Workshop On RCCE By NEW SPOTLIGHT ONLINE 1 day, 2 hours ago

School Building Constructed Under A Grant Assistance Of The Government Of India In Pokhara By NEW SPOTLIGHT ONLINE 1 day, 3 hours ago

Weather Forecast: Light To Moderate Rain In Bagmati By NEW SPOTLIGHT ONLINE May 26, 2022

Replacing The LPG By Electricity Is The Priority Of The Government: Minister Karki By NEW SPOTLIGHT ONLINE May 25, 2022