With Messi, We'll Win A Title This Season: Bartomeu

With Messi, We'll Win A Title This Season: Bartomeu 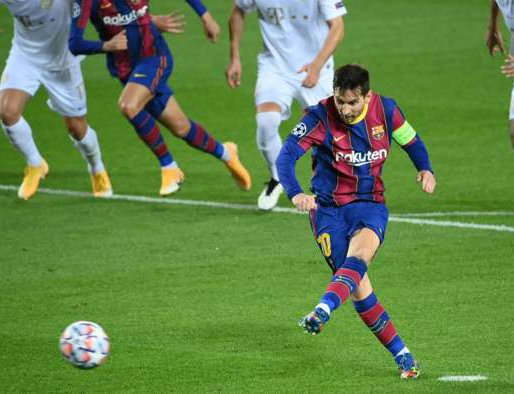 The Barca president says that he understands the criticism, but keeping the forward at the Camp Nou was done in the club's best interest

Barcelona president Josep Maria Bartomeu claims that he knew that he would be criticised for refusing to let Lionel Messi leave this summer, but says that it was in the best interests of the club to keep the Argentine at the Camp Nou for at least one more year.Goal

Messi's desire to leave Barca was the story of the summer, with the Blaugrana icon making his intentions known shortly after the club's humiliating Champions League humiliation.

Following an 8-2 loss to eventual champions Bayern Munich, Messi alerted the club of his wish to move on, having spent his entire professional career with the club.

However, Bartomeu and Barca held firm, stating that Messi's ability to opt out of an extension had passed and that any club wishing to sign him would have to pay his €700 million (£630m/$825m) release clause.

Messi eventually relented, telling Goal that he would remain with the club to avoid having to drag Barcelona to court in an attempt to force an exit.

The Argentine did say that Bartomeu “did not keep his word”, with the six-time Ballon d'Or winner saying that he'd repeatedly told the president he wanted to leave.

On Monday, Bartomeu said that Messi's departure was something he simply couldn't allow to happen, as it was in the club's best interests to make sure their captain stays on.

“Our priority was keeping Messi as part of our new project so I decided against starting a discussion,” he said.

“I had been accused of forcing his departure in order to balance our books. Well, no, we put the interests of the club first and didn't want to reinforce a direct rival. We made that decision knowing that we would be criticised for it.”

He added: “I understand the positions of everyone, empathising is important. In the case of Leo, it is good to get angry because it is not good to accept defeat and we have all gotten angry.

“But there was a deadline for him to announce whether or not he was going unilaterally. He didn't and here it is. We all want him to retire at Barca.”

Bartomeu also discussed calls for him to resign from his post, with the president currently facing a vote of no confidence.

He insists it was never a thought that crossed his mind as he is determined to help Barca usher in a new era.

“Because of the Messi case, it never occurred to me to resign. For Barcelona, for the club, for the team, having Messi and having him retire here is the best option for everyone,” he said.

“The project is very interesting with young people and veterans, like Messi. And I think that, with him, we are going to win a title this season."

Messi and Barcelona have gotten off to a difficult start in La Liga, as the club currently sits 12th in the league after losing El Clasico to Real Madrid this past weekend.

They did get off to a good start in the Champions League, though, taking down Hungarian side Ferncvaros by a 5-1 scoreline.