COVID-19 Cases In India Drop To Lowest Since Mid-July

COVID-19 Cases In India Drop To Lowest Since Mid-July 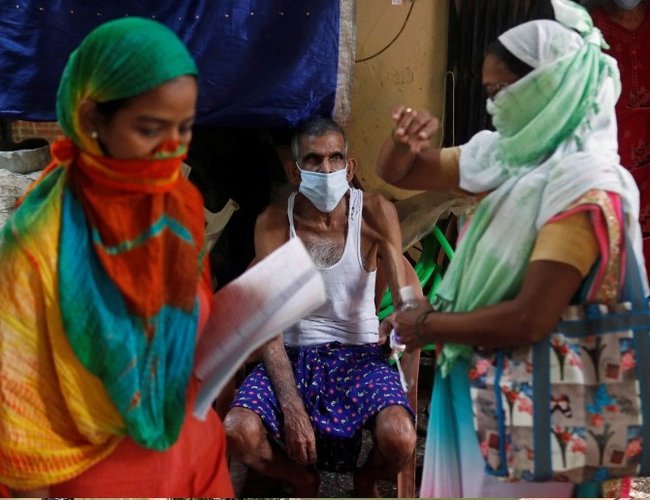 Daily coronavirus infections in India have fallen to their lowest since mid-July, with 29,164 cases of the novel coronavirus on Monday, taking the country’s tally to 88.74 lakh.

The last time India reported less than 30,000 cases was in mid-July. The drop in cases follows a pattern of low detections on Mondays due to lesser testing over the weekend. In fact, tests have remained below 10 lakh for the last four days now.

Delhi Chief Minister Arvind Kejriwal Tuesday sent a proposal to the central government seeking permission to impose lockdowns in market areas, which he said may emerge Covid-19 hotspots. He appealed to the people of the city, “with folded hands”, to wear masks and follow social distancing norms. He said his government, the Centre and other agencies were doubling efforts to control the situation in the national capital. Delhi has reported lower numbers in the last two days, but this can be attributed to a decrease in testing. It remains, however, the highest contributor to India’s Covid-19 caseload.

American biotech company Moderna Monday announced its vaccine candidate against the novel coronavirus had shown an efficacy of 94.5 per cent. The company does not currently have an arrangement to supply its vaccine in India. Experts told The Indian Express Moderna’s candidate could have an edge over Pfizer’s.

One of the biggest concerns at this stage is the cold chain logistics in India for the last-mile distribution of vaccines in such a vast, hot country. While India has a 28,000-unit cold storage network that is used for the government’s universal immunisation programme, experts and logistics firms said no company had the capability or capacity to transport vaccines colder than -25 degrees Celsius.

Meanwhile, Haryana Governor Satyadeo Narain Arya and Congress MP Manish Tewari Monday announced they had tested positive for Covid-19. Arya is in isolation in a hospital in Mohali.