I Am Here To Further Strengthen Our Ties With Nepal: General Wei Fenghe

I Am Here To Further Strengthen Our Ties With Nepal: General Wei Fenghe 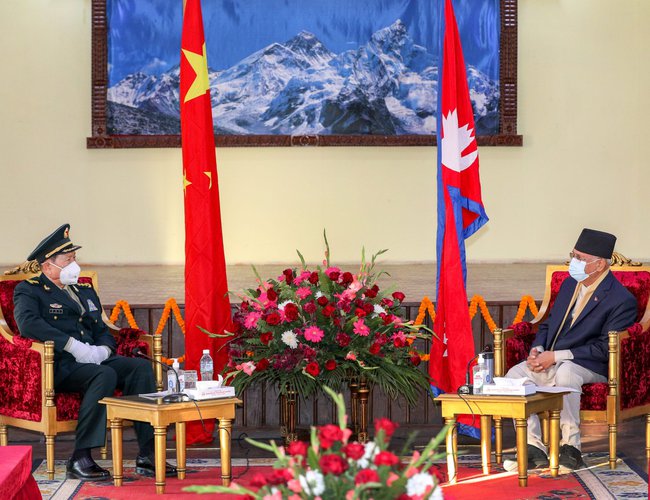 State Councillor and Defence Minister of the People's Republic of China Wei Fenghe has said that his short visit to Nepal was intended to help implement the bilateral agreements inked between the Heads of the State and the Heads of the Government of the two countries over different periods of time reports RSS.

Talking to the media persons at the Tribhuvan International Airport's VIP Lounge following the welcome to him by Minister for Home Affairs and other high ranking officials today, Wei said that the objective of his one-day visit was to bolster mutual military cooperation and further strengthen the bilateral ties between the two countries.

During the calls on, views were exchanged on matters of mutual interest including the further promotion of traditionally friendly relations between Nepal and China.

According to a press release issued by the Ministry of Foreign Affairs Singh Durbar, Kathmandu, he held a meeting with General Purna Chandra Thapa, Chief of the Army Staff of Nepali Army at Army Headquarters, Bhadrakali.

Minister Fenghe arrived in Kathmanduthis morning and left in the evening. Upon his arrival and departure,hewas received and seen off by Ram Bahadur Thapa, Minister for Home Affairs, and other officials of the Government of Nepal at Tribhuvan International Airport. 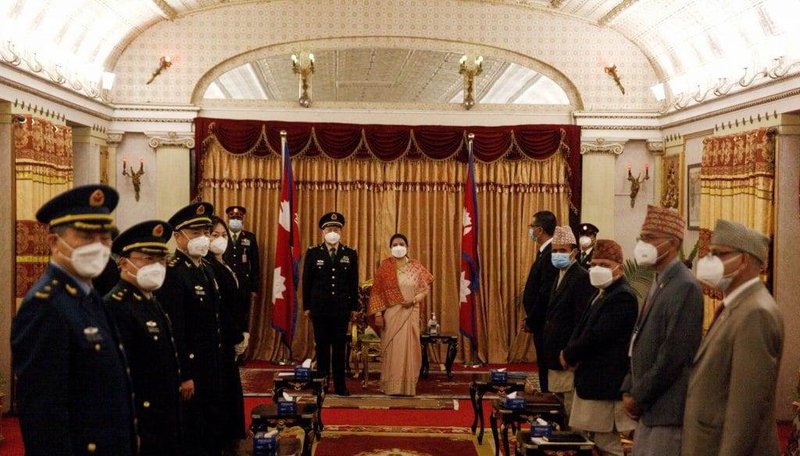 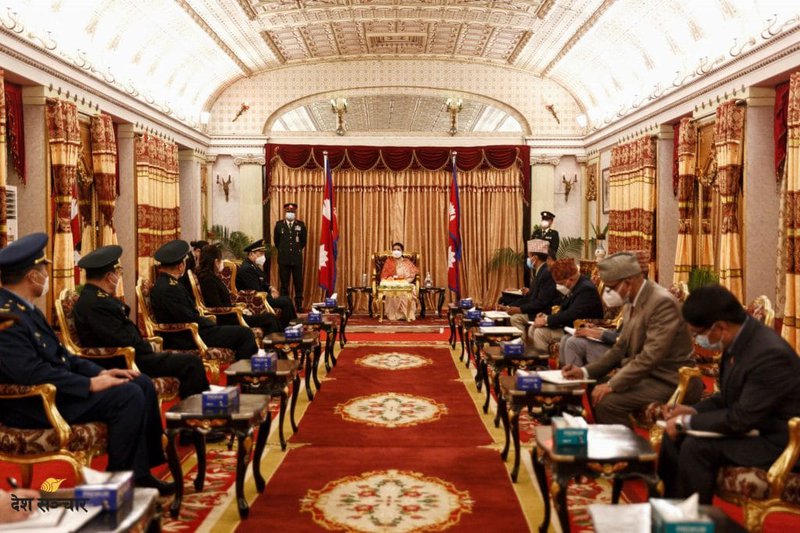