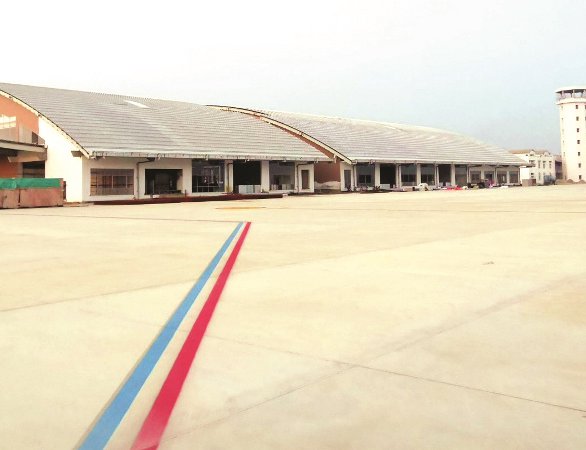 As the international and domestic air transport services have drastically increased in Nepal over the years, Nepal’s existing infrastructure is unable to meet the growing demand.

With one run-way and short taxi way, Tribhuwan International Airport is highly congested for air traffic. Although the pressure of the runway can be eased with the construction of north-south parallel taxi way, it has been overdue for years due to various reasons.

Even Nepal’s second international airport, Gautam Buddha Airport, which is in the last stage of completion, requires further extension of its terminal building to increase the capacity.

As Nepal’s air transport sector is facing such a crisis, the recent decision of Asian Development Bank in approving $150 million concessional loan to Nepal has given a sigh of relief to the officials.

Tourism is a major source of economic activity in Nepal. In 2019, tourism generated an estimated $2.05 billion, which accounted for 6.7% of gross domestic product.

“ADB’s support will improve TIA’s safety, capacity, and operational efficiency. In addition, the new GBA international terminal will play a key role in boosting regional tourism in and around Lumbini,” said ADB Senior Transport Specialist for South Asia Kai Wei Yeo. “The project will help revive the country’s tourism industry and address the long-term negative effects of the COVID-19 pandemic.”

The loan will support the construction of a parallel taxiway extension and hangar aprons at TIA, and a new international terminal building at GBA to increase capacity.

Another key component of the project is minimizing climate change impacts. This will be carried out by using clean energy materials, such as the solar panels and energy-efficient lighting to be installed at the new GBA terminal building.

INGOs And NGOs Are Close Partners Of The Government: Minister Regmi By NEW SPOTLIGHT ONLINE 1 day, 5 hours ago