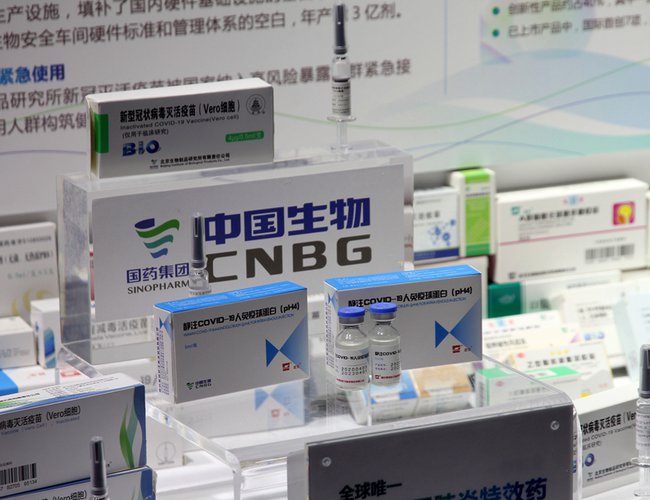 While the positive data comes soon after last month’s upbeat results from Western rivals, such as Pfizer Inc, Moderna, AstraZeneca Plc and from Russia, neither the UAE nor Sinopharm have released detailed data from the pivotal study.

In September, it authorised emergency use of the vaccine for certain groups, the first such international clearance for a vaccine developed in China.

The analysis also shows “99% seroconversion rate of neutralizing antibody and 100% effectiveness in preventing moderate and severe cases of the disease”, the ministry said in a statement carried by the state news agency.

“The analysis shows no serious safety concerns,” it said.

It also said it had officially registered the vaccine, without elaborating, and that 31,000 volunteers across 125 nationalities participated in the UAE trial.

It did not say what, if any, side effects it identified, how many participants have become ill or how many volunteers were given the vaccine or a placebo.

The UAE trial is a partnership between CNBG, Abu Dhabi-based artificial intelligence company Group 42 (G42) and the Abu Dhabi Department of Health.

Sinopharm and G42 have also expanded the trial to Egypt, Jordan and Bahrain.

Abu Dhabi, the UAE’s capital, this week said it was seeking volunteers to take part in clinical trials of Russia’s COVID-19 vaccine, known as Sputnik V.

The UAE, with a population of around 9 million, has recorded 178,837 infections and 596 deaths from the disease.

The vaccine is among the three most advanced candidates from China in terms of development and has been used to vaccinate around one million people in the country under its emergency use program.

Six MoUs Signed Between Nepal And India By Agencies 23 hours, 33 minutes ago