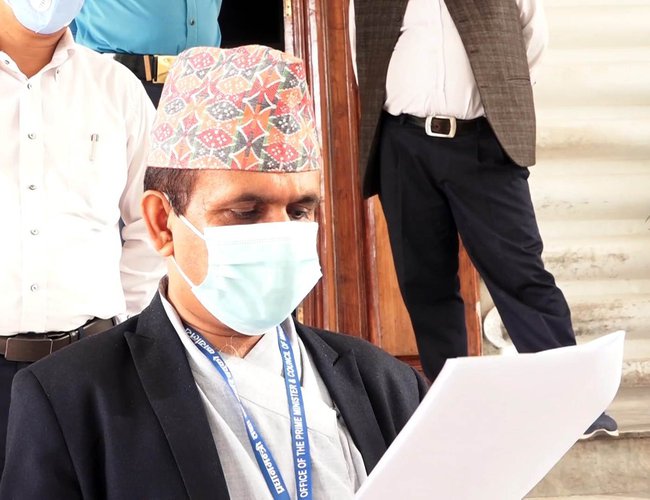 Nepal government on Tuesday announced the ban of all passengers arriving from Britain until further notice. A meeting of High Level COVID Control Directive Committee today has also decided to ban entry of passengers transit in United Kingdom

The aviation ministry on Monday announced the suspension of all flights from Britain from indefinitely, and made it mandatory for all passengers arriving before the ban comes into force to be tested for the virus.

According to secretary at Prime Minister and cabinet Secretariat Mahendra Prasad Guragain said that the temporary suspension was issued following recovery new strain of coronavirus in Britain.

He said that Nepal issued the notice after European Union and India and other countries bans the flight to United Kingdom.

The meeting also urged all those who arrived in Nepal since December 17 to go for week long mandatory quarantine and PCR Test.

The discovery of the new strain, just months before vaccines are expected to be widely available, sowed new panic in a pandemic that has killed about 1.7 million people worldwide and more than 67,000 in Britain.